Newcastle United manager Steve Bruce has refused to be drawn on speculation linking the club with a move for Arsenal outcast Granit Xhaka.

The 27-year-old has been stripped of the captaincy at the Emirates Stadium following his outburst against Crystal Palace, with Pierre-Emerick Aubameyang taking over the reins as Gunners captain. The former Borussia Mönchengladbach midfielder has been linked with a move away from north London result, and those rumours appear to have some substance to them after Arsenal manager Unai Emery confirmed that Xhaka may never play for the club again.

But speaking in his pre-match press conference ahead of Saturday's clash against Bournemouth, Bruce remained coy on the possibility of Newcastle making a move for Xhaka, even though he admitted he's a talented player.

Bruce, however, remained coy on the possibility of Xhaka making a move to the Toon: "Look, I was only in the job two weeks and I was linked with 42 players," Bruce said, as quoted by Chronicle Live.

"So I am not going to comment on anybody else's players.

Another factor to consider is the amount of money that the purchase of Xhaka is likely to cost. The Arsenal man currently earns £130,000 per week on a contract that runs until June 2023, and the Gunners will be looking to recoup most of the £34m they paid Borussia Mönchengladbach for his services. 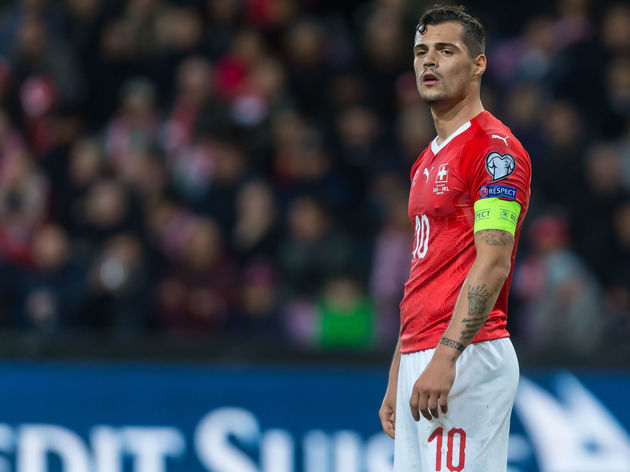 Although Bruce will have money to spend in the January window following a transfer meeting with head of recruitment Steve Nickson, the reports suggest that the Newcastle boss is only considering the possibility of obtaining Xhaka on a short-term deal, such as a six month loan until the end of the season.

Despite the fact Xhaka has been linked with a return to the Bundesliga, it is thought that the Swiss international is keen to resolve his future quickly amid growing concern that a lack of playing time may see his omission from Switzerland's Euro 2020 squad.

Despite continuing to train with the first team, a return to action for Arsenal is looking increasingly unlikely and an exit from the club may materialise sooner rather than later.