The 11 Most Efficient Goalscoring Seasons in Premier League History

There's an old cliché is football: 'he only needs one chance to score'. While that's never strictly true, there are plenty of players who have proven that it's not far off.

In Premier League history, we've seen so many players who needed 1,000 shots to score one goal, but there have been a select few who you'd bank on finding the back of the net every time.

So, thanks to ​Opta, here are the 11 players (who scored at least ten goals) with the best shot conversion rates since records began in the 2003/04 campaign. ​Tottenham Hotspur finished second in the ​Premier League in the 2016/17 season, and they owe a lot of that success to the 29 goals of ​Harry Kane.

That's obviously a fantastic tally, but what's more impressive is that he managed that by only taking 110 shots, firing home an incredible 26.4% of his shots in the competition.

The final few weeks of the campaign worked wonders for Kane, who banged home eight goals in his last three games, including four in a 6-1 win over Leicester City and a hat-trick in a 7-1 win over Hull City. 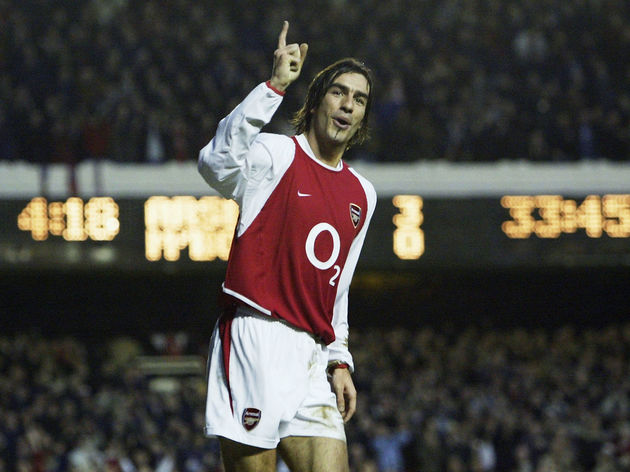 In the first season in which these stats were tracked, ​Arsenal winger Robert Pires moved to the top of these standings by racking up a shot conversion rate of 26.4%.

The Frenchman took 53 shots on goal and was successful with 14 of those, and he managed to add an impressive 11 assists to fire his team to the league title with an 11-point lead over second-placed ​Chelsea.

After a sluggish start to the season, Pires' campaign sparked into life with a stunning strike in a 2-1 win over ​Liverpool in October, and his form helped the team finish the entire season unbeaten. 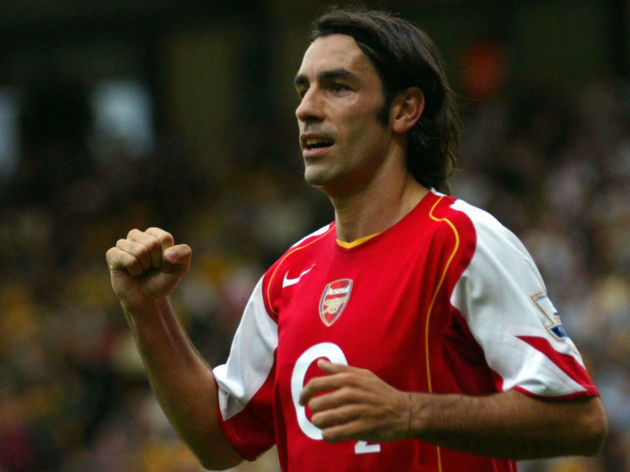 Yep, Pires managed to finish the next season with the exact same shot conversion rate, but that's not even the spookiest part.

Not only did he finish the season with a 26.4% conversion rate, but he did so by scoring 14 goals from 53 shots - the exact same as he managed in the 2003/04 campaign. Talk about consistency.

There would be no Premier League title at the end of this season, however, as José Mourinho's Chelsea eventually took the crown​ for the first time. By the time the 2017/18 season rolled around, the Premier League were well aware of what ​Jamie Vardy was about. He had been reliably firing in goals for a few years by then, and he was at his lethal best that season.

He helped himself to 20 goals in 71 shots, bagging a conversion rate of 28.2%, which was the highest out of any player to feature in the entire campaign (more on that later.)

Not only was he scoring plenty of goals, but he was scoring bangers as well. Vardy also won the BBC Goal of the Season award for a beautiful volley against West Bromwich Albion in March 2018, in what was an electric year for the Englishman. Spurs fans might struggle to remember this, but there actually was a time when Fernando Llorente was as prolific as they came in the Premier League.

Turning out for ​Swansea City in the 2016/17 season, the towering Spaniard managed to end the year with 15 goals from 52 shots, earning himself a conversion rate of 28.8%. Llorente wasn't the Premier League's most reliable target man that year. That honour was saved for then-Arsenal striker ​Olivier Giroud.

With ​Alexis Sánchez or Danny Welbeck starting most games in attack, Giroud had to settle for late appearances off the bench, but he did not disappoint. Despite starting just 11 games, he finished with 12 goals from 39 shots - a ratio of 30.8%.

This was also the season in which Giroud landed the Puskás award for his mental scorpion kick against Crystal Palace, but even that wasn't enough to earn him a spot in Arsène Wenger's starting lineup. 2013/14 Yaya Touré was something truly special. In the heart of ​Manchester City's midfield, the Ivorian was a dominant force who popped up with goals, assists and literally everything else you could want from a midfielder.

The fact that he reached 20 goals is impressive enough, but to do so with just 64 shots at a conversion rate of 31.3% is nuts. He was the top scorer in a team which included both ​Sergio Agüero and Look who's back.​ Now, this season isn't actually completed yet (maybe), but before things were postponed, Vardy was on track to finish with some historic numbers.

The ​Leicester man managed 19 goals from 59 shots during the first 29 games of the season, which was good enough to carry him to the top of the scoring charts before it all fell apart.

It speaks volumes about the kind of form he was in early on when you realise he failed to score in seven of his last eight games. To still be on a conversion rate of 32.2% is wild. In his 26 appearances that year, the Swede took 31 shots and found the back of the net with ten of those, which works out at a conversion rate of 32.3%.

He could have finished with even better stats if he had stayed healthy, but Ljungberg missed plenty of games with a lingering hip injury. The cause? Blood poisoning from his massive tattoos. Standard. ​Pierre-Emerick Aubameyang set the world on fire when he joined Arsenal in January 2018. The Gunners already knew he was good, but nobody had any idea how quickly he would adjust to English football.

He featured in Arsenal's final 13 games that year, and he still managed to come away with a blistering ten goals from 31 attempts, laying the foundations for what has been a fantastic few years at the Emirates Stadium.

​Aubameyang also became the final goalscorer of the Arsène Wenger era when he scored the decisive goal in a 1-0 win over Huddersfield Town, ensuring the club's greatest manager left on a high. The definition of a cult hero, the Papiss Cissé from the 2011/12 campaign was unlike anything we have ever witnessed.

Joining ​Newcastle United in January 2012 as a nobody, he soon stole every headline by finishing the Premier League season with 13 goals from 14 games. He needed just 39 shots to hit that tally, and his conversion rate of 33.3% is yet to be bested.

From a beautiful volley on his debut, to dismantling Liverpool and scoring perhaps the most ridiculous goal in Premier League history against Chelsea, Cissé wasted little time in doing more than most players can even dream of. The streets will never forget.