In scoring his third of the day, the Argentine forward leapfrogged Premier League legends Thierry Henry and Frank Lampard into fourth place on the all-time Premier League goals chart (177) and set a new record for the most hat-tricks in the division's history (12), surpassing the great Alan Shearer.

While we could go on all day about how good Aguero is, the best way to truly quantify h

Here's a look at the 13 players with the most hat-tricks in Premier League history. Kicking off the list is ​Arsenal legend, Match of the Day favourite and I'm a Celebrity Get Me Out of Here contestant Ian Wright. For years he stood alone as Arsenal's record goalscorer with 185 goals that included an impressive five hat-tricks. While Arsenal fans probably still haven't gotten over Robin Van Persie leaving them to join rivals ​Manchester United, it's undeniable that the Dutchman was an incredible player. He even registered a hat-trick when David Moyes was in charge...that's how good he was. 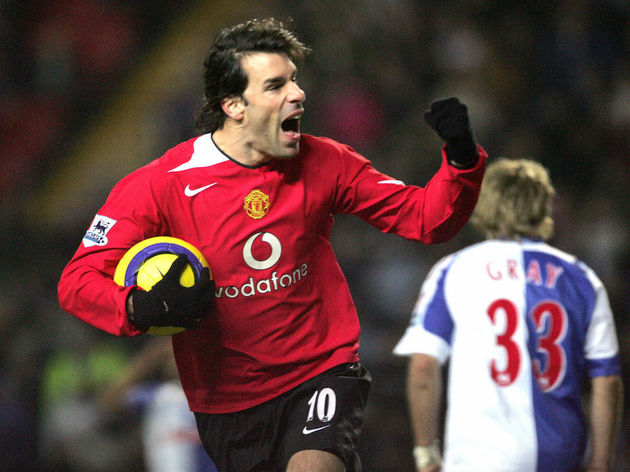 Another Dutch Manchester United striker, Ruud Van Nistelrooy was a goalscoring machine. His record of five hat-tricks is made even more impressive when you think that he only played in the Premier League for five seasons. Andy Cole was such a good striker for ​Newcastle that one fan got a tattoo of him in a Toon Army shirt on his thigh. That next day ​Luis Suarez was one of the best strikers the Premier League has ever seen. In just four seasons at ​Liverpool he got six hat-tricks - three of which came against ​Norwich. No-one was happier than Canaries' fans when moved to ​Barcelona in the summer of 2014. What ​Wayne Rooney lacked in hair he more than made up for with goalscoring, and regardless of what anyone might tell you the current ​Derby player/coach is a Manchester United legend. Seven trebles for United and ​Everton proves exactly that. Michael Own broke into the Liverpool team aged just 17 and had won the Golden Boot by the time that he was 18. His career lasted till 2013, but the fact that his last Premier League hat-trick came in 2005 shows just how much injuries took a toll on the former Newcastle man's career. Arguably the best number nine in the world right now, Harry Kane poses a genuine threat to Aguero's new record if he stays in the Premier League for long enough. He only broke into the ​Spurs team in 2014, but already has eight hat-tricks and two Premier League Golden Boots to his name. He may not be a great manager (at least not yet) but there is no doubting that Thierry Henry was a great, great player. At Arsenal, he managed eight Premier League hat-tricks and won the Golden Boot FOUR times. Oh, and he also holds the record for most assists in a season too. Not too shabby... Robbie Fowler scored hat-tricks for Liverpool and ​Leeds, but his most famous treble came against Arsenal in 1995 where he scored thrice for the Reds inside just four-and-a-half minutes. That record stood as the fastest Premier League hat-trick for 20 years before one ​Sadio Mane broke it for ​Southampton in 2015. Shearer stands comfortably alone as the Premier League's record goalscorer with 260 strikes -including 11 hattricks. For a man who scored so many goals, you think he would've come up with a more varied celebration. Finally, the man of the moment. Aguero now has 12 Premier League hattricks for ​Manchester City. As if that wasn't impressive enough, he's managed that in half the number of seasons it took Wor Al.

Pep Guardiola put it perfectly when he said 'the legend of Aguero just increased'. At the age of just 31, who knows how many more he can get.