As we enter the new year, Arsenal have the same problems as they did when this decade began - a lack of real quality in their back line.

Sokratis has proved to be sturdy but rash, David Luiz is, while a great ball-playing defender, an accident waiting to happen and Shkodran Mustafi is, well, Shkodran Mustafi.

With the long-term future of Dinos Mavropanos still undecided and Calum Chambers suffering a season-ending ACL injury in the 2-1 defeat to Chelsea, that leaves Rob Holding as Arsenal's only reliable centre-back for the rest of the 2019/20 season.

With that said, here are five centre-backs who Arsenal should consider signing in the January transfer window in order to push for Champions League qualification. 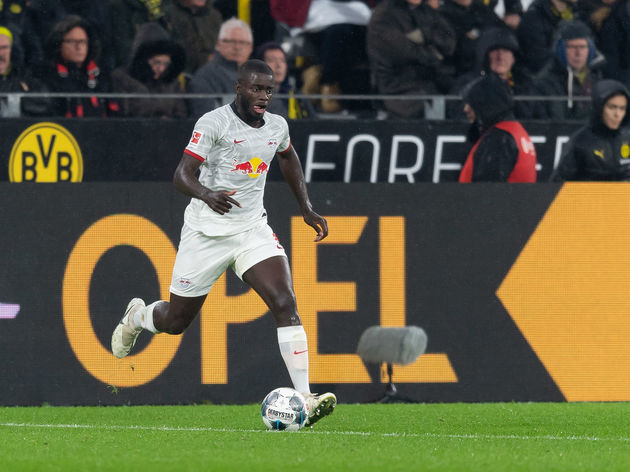 The 21-year-old France international has impressed with ​Bundesliga side RB Leipzig over the past few seasons, and was a stalwart in the 2018/19 season which saw the east German side finish with the best defensive record in the league.

So far this season, Upamecano has featured 19 times for Leipzig so far this season across all competitions and has helped RB Leipzig to concede the third fewest goals in the league (20), behind only Borussia Mönchengladbach and Wolfsburg (both 18).

Tall, tenacious and capable of playing out from the back, Upamecano is exactly the type of defender Mikel Arteta should be looking at. With his contract set to expire in June 2021, Upamecano shouldn't warrant a hefty price-tag and could be available for as little as Another centre-back Arsenal should consider signing in the January transfer window is ​Bournemouth's Nathan Ake.

Starting off his career with Chelsea, but also featuring for ​Watford and now Bournemouth, Ake has bags of ​Premier League experience having racked up 133 league appearances and, still only 24 years of age, has plenty of time to improve.

Harbouring an impressive technical ability and quick across the pitch, Ake has been an integral part of Bournemouth's back line since the 2017.

However, with ​Chelsea inserting a £40m buy-back clause in Ake's contract when sold to Bournemouth, Arsenal would no doubt face competition from the Blues for the Dutchman's signature. Merih Demiral is another fantastic young centre-back who would appease even the most critical of ​Arsenal fans. 29 years of age with 195 appearances for ​Real Madrid, Nacho would be a hugely experienced option for the Gunners in the January transfer window and, with just six months left on his contract, he would be a cheap one too.

The Spain international never shies away from a tackle and possesses a solid level of concentration, which is something which the current Arsenal centre-backs severely lack. Having played over 70 games as a full-back, Nacho is capable of playing anywhere across the back line and could provide cover for Héctor Bellerín and Kieran Tierney, which will prove invaluable for Arteta.

Moreover, with Nacho playing just 303 minutes of ​La Liga action so far this campaign, Raul Sanllehi, Edu and Vinai Venkatesham may be able to convince Zinedine Zidane to part ways with the 29-year-old in the January transfer window for next to nothing. According to seemingly every outlet in both England and Germany, Arsenal are interested in signing ​Bayern Münich defender Jérôme Boateng in the January transfer window.

The 31-year-old may be entering the twilight of his career but, having amassed over 450 career appearances, would bring heaps of vital experience to Arsenal's defence. Question marks continue to loom over the quality of Boateng as he has faltered in recent seasons as the former World Cup winner has struggled to maintain form. H