It's a battle between Alexandre Lacazette and Pierre-Emerick Aubameyang for the starting spot in Unai Emery's first team in north London, but the former might have stolen the march on his close friend thanks to his performance in Arsenal's 2-0 win over Southampton on Sunday.

The 27-year-old opened the scoring at the Emirates with an instinctive finish, notching his 11th goal in the Premier League this season - more than the likes of Marcus Rashford and Roberto Firmino.

Henrikh Mkhitaryanscored Arsenal's second goal against Southampton to round off a frantic opening 20 minutes in north London and the hosts were able to hold on for all three points. 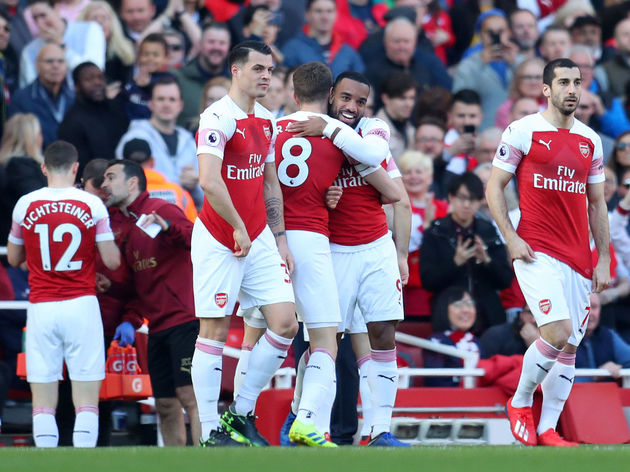 That result, coupled with Manchester United's stalemate with Liverpool, ensured that Emery's side leapfrogged the Red Devils in the race for the top four this season, although Chelseawould move up to fourth by winning their game in hand by three goals or more.