​Premier League football for the 2010s is now over, and what a decade it's been! 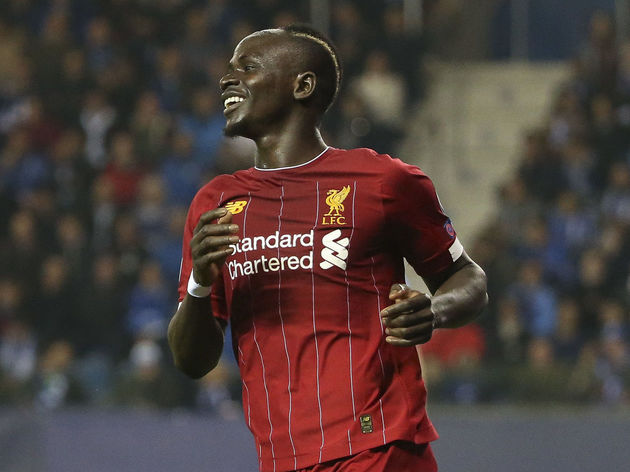 ​Raheem Sterling has developed into one of the best footballers in world football, and it has been a joy to watch.

The Englishman netted 16 times for Liverpool in the Premier League before securing a £50m move to ​Manchester City. Sterling managed just six goals in his first season with the Manchester-based side, but the 2017/18 campaign saw him find the net 18 times in just 33 appearances, while he also managed to provide 15 assists.

The forward followed this up by scoring 17 times the next season and is on course for perhaps his best season yet this campaign, having already managed to score 11 times. Giroud perhaps doesn't quite get the recognition he deserves for his goalscoring exploits.

When given the opportunity, the Frenchman delivers and he has proven that over the years. Despite his limited game time, Giroud netted ten or more goals in each of his first four seasons at ​Arsenal.

Following his move to London rivals Chelsea, he has continued to struggle for minutes and, as a result, he has been heavily linked with a move away from the club. ​Hazard joined Chelsea in 2012 and went on to spend seven years in west London before departing for Real Madrid this past summer.

His dazzling feet and outstanding ability to weave in and out of opponents made him a nightmare to defend against. In his final season at the club, he managed to find the net 16 times, while he also provided 15 assists in the league, underlining his importance to the team. At the turn of the decade, ​Vardy was playing for n Van Persie scored 30 times in just 38 appearances during the 2011/12 campaign, with this tally seeing him claim the Golden Boot.

Following his move to ​Manchester United, he helped Sir Alex Ferguson's side win the title in his debut season, having picked up his second successive Golden Boot. The forward went on to reach a tally of 98 league goals for the decade before departing in July 2015. 2015! He missed the last four and a half years of the decade and he's still in the top five!

Van Persie was a joy to watch and will go down as one of the finest the Premier League has seen. ​Romelu Lukaku has his critics, but he is a proven goalscorer.

The Belgian scored 17 times in 35 league appearances while on loan at West Brom during the 2012/13 campaign, before joining Everton on another loan deal. The deal was eventually made permanent, with Lukaku continuing to impress.

The attacker managed 18 goals in the 2015/16 campaign before hitting a whopping 25 in just 37 games the following season, earning himself a move to Manchester United. While he was often criticised for his work-rate and 'lack of a first touch', he managed to score 28 times in 66 league matches for a struggling United side.

He has since moved to Inter, where he has made an impressive start. In 2002, Rooney came on as a substitute to score a simply stunning goal for Everton in the 90th minute to sink Arsenal. He has gone on to make 491 Premier League appearances, scoring 208 goals, while also setting up a further 111.

In the 2010s, Rooney managed 114 goals, playing in a variety of positions. He Following Kane's loan spells at Norwich and Leicester, he made ten league appearances for Tottenham in the 2013/14 season, scoring three times.

Kane celebrated his 200th Premier League appearance during the recent draw with Norwich and, in typical fashion, he netted to rescue a point for his side. This was his 136th goal in just 200 games.

Not bad for a one-season wonder. What else can you say about this man?

​Aguero joined Manchester City in 2011 and has gone on to make 254 league appearances for the club, finding the back of the net on 174 occasions. Overall, he has scored 245 goals in just 357 games to become the club's record goalscorer. World. Class.

While these figures are astonishing, they are made even more impressive when considering his persistent injury problems. In fact, he is one of only two players to have scored 20+ league goals in five consecutive seasons. One of the greatest players to have graced the Premier League.

Of course, he also scored THAT title-winning goal against QPR...