Tottenham vs Arsenal: Picking a Combined XI Ahead of Saturdays NLD Clash

Tottenham go into the clash on the back of two disappointing away defeats and will be keen to get their season back on track with a win against their local rivals.

Arsenal however, have been impressive in their last two outings, comfortably sweeping aside Southampton and Bournemouth, they will have high hopes of closing the gap between them and Spurs to only one point.

Here's the combined XI we'd go for ahead of Saturday's clash. Bernd Leno has been impressive in his first season in English football, but the World Cup winning captain is a certainty in this side.

Consistently performing ​at the top level, Hugo Lloris has been one of the top goalkeepers in the league for many years now and is comfortably the best 'keeper in North London. Injury to Hector Bellerin has ensured it is the Ivorian who makes the XI.

A toss up between Aurier and ​Kieran Trippier, but after Trippier's terrible own goal against ​Chelsea, the former PSG man gets the nod. His outstanding performance against ​Borussia Dortmund showed the world what Jan Vertonghen can do from left back, but he is just as important - if not more - at the heart of defence for the North London outfit.

A big game performer who will be licking his lips ahead of Arsenal's visit. This season ​Kolasinac has proved himself to be one of Arsenal's best attacking outlets, providing assists and getting forward at will, in a team that lacks any natural, pacy wingers. Dele Alli's injury is the reason for his omission, but Harry Winks is a more than capable replacement.

The England international has gone on to make 37 appearances in all competitions and looks to build on what is an already impressive season. His goal in Arsenal's 4-2 win against Spurs was his first for the club and, though he was b​Arsenal 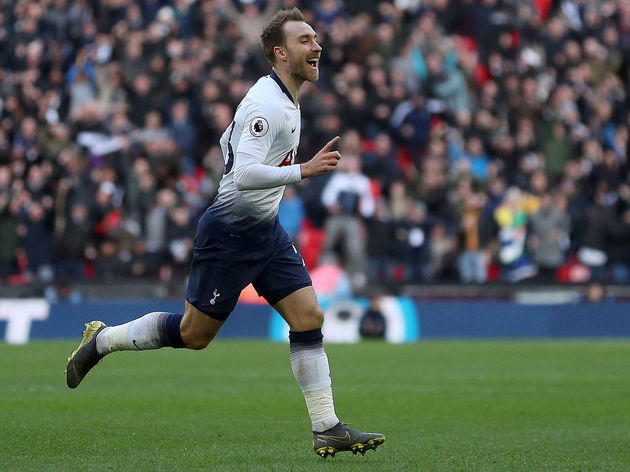 The great Dane was brought in with the money Spurs recuperated for ​Gareth Bale and though, the majority of those transfers were a disaster, Eriksen provides a touch of quality to an impressive Spurs attack. What a couple of months it has been for the South Korean. Slotted seamlessly into the striker role during Harry Kane's absence, Son can play in multiple different positions and provides Spurs with width, pace and a natural goalscoring touch.

His goal against Arsenal in December's league cup fixture was his first against the Gunners and will be hoping to add another to his collection on Saturday. The Gabonese star has scored 19 goals in all competitions so far this season, which is especially impressive considering that many of those have come from the bench or the left wing.

He scored a brilliant brace at the Emirates against Spurs and will be hoping to score away to a team in the top six, for the first time in his Arsenal career. Though he missed eight games with injury, ​Harry Kane has still scored 21 goals in all competitions this season for Spurs. The North London side look a different prospect when he leads the line against Arsenal.

His eight North London derby goals is only matched by Emmanuel Adebayor and will see Saturday's clash as the perfect chance to take the record outright.