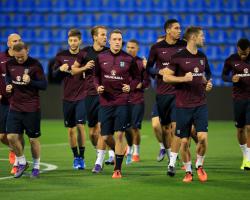 JOE HART will not be heading to Everton upon his likely Manchester City departure after the Daily Express report that the Goodison Park outfit have distanced themselves from the England goalkeeper.

Stoke and Arsenal are eyeing a move for PHIL JONES but the Manchester United defender wants to stay at Old Trafford, according to the Guardian.

The Daily Mirror are reporting that NABIL BENTALEB will be used as a bargaining tool by Tottenham in order to get Newcastle midfielder MOUSSA SISSOKO.

Manchester United are prepared to bide their time in their pursuit of Southampton defender JOSE FONTE and could strike on deadline day, reports the Manchester Evening News.