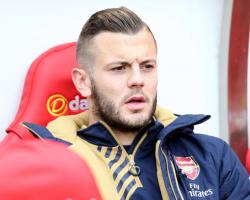 Arsenal are to consider loan offers for injury-jinxed midfielder JACK WILSHERE, according to a number of national newspapers

Stoke boss Mark Hughes is looking to take Manchester City outcast WILFRIED BONY on loan to the Bet365 Stadium, according to The Sun

The Daily Star claims Newcastle boss Rafael Benitez is set to add CALLUM McMANAMAN to his squad, three years after he became public enemy number one with Magpies fans

Liverpool manager Jurgen Klopp is refusing to give up on Borussia Dortmund's CHRISTIAN PULISIC after reportedly failing in an initial ÃÂ£11million bid for the 17-year-old, writes The Sun