Juventus coming in for a Burnley winger not quite doing it for you? How's Manchester United bidding £50m for a midfielder who's just played his first season in the Championship?

​Yep, it's rumours time, so brace yourselves, because we have some howitzers for you this evening. This summer has been less 'summer of love' and more 'summer of decent wingers being linked with moves that seem to be far above their station.' Daniel James, who managed four goals and nine assists for Swansea last season, has already completed a £15m to ​Manchester United, and the ​Sun now report that Dwight McNeil, who managed three goals and five assists for Burnley,  could be on his way to ​Juventus.

They claim, in typically SENSATIONALISED fashion, that Maurizio Sarri wants to add some width to his team which currently exists entirely of central midfielders, and could launch a bid for McNeil in August after taking another look at him in pre-season.

The 19-year-old became a central part of Sean Dyche's first team last season, making 22 Premier League appearances, and it is believed (by the Sun) that they want £30m for his signature. That seems steep, but the current market never fails to amaze. Keeping on the same general theme, a different report from the ​Sun claims that ​Arsenal are 'plotting' a £12m 'swoop' for Hull City man Jarrod Bowen.

The winger scored an impressive 22 goals in the Championship and has long been linked with a move to the Premier League - although, more often with the Gunners' rivals Tottenham.

According to the report, Arsenal have had their beady eyes on Bowen since January and see him as a cheaper alternative to Wilfried Zaha, who Palace value at around £14bn plus add-ons.

An Arsenal source supposedly told the Sun, "We believe he [Bowen] can develop into a top, top player.”

Who's their source, Jamie Redknapp? On the hunt for new wingers this summer following the departures of Franck Ribery and Arjen Robben, ​Bayern have made contact with Barcelona regarding Ousmane Dembele.

According to ​France Football, Bayern sporting director Hasan Salihamidžić has spoken to the former Dortmund player's entourage but is waiting to see whether an Antoine Griezmann-Neymar domino effect pushed Dembele out the door at Camp Nou.

Kicker (via ​SPORT) claims that Dembele is already on the market, but that Barça would not accept less than €105m to sell.

As always Liverpool and PSG are also tangentially linked with the French star, which leads us nicely onto...

Liverpool & Inter Could Miss Out on Nicolas Pepe 22 goals in 43 appearances have half of Europe looking on longingly at Lille's Nicolas Pepe, but while ​Liverpool and Inter have both been frontrunners at one stage or another (as far as the rumour mill is concerned, at least) it is PSG he has his heart set on.

​GFFN, sourcing L'Equipe, report that the player is 'convinced' the French champions will come in for him, and that doesn't really sound like someone who is considering everything on the table, does it? ​Sticking with the word on the French street, ​L'Equipe also claim that Wolves are eyeing a move for Monaco youngster Benoit Badiashile.

What do you mean you've never heard of him?!

18-year-old defender Badiashile, who has also been linked with Man Utd (of course), came through the Monaco youth ranks and made 20 Ligue 1 appearances last season as Leonardo Jardim's team avoided relegation. He's also 6ft 4in and is a regular fixture in France's youth sides.

Torino Making Life Difficult for Arsenal & Everton Over Centre Back 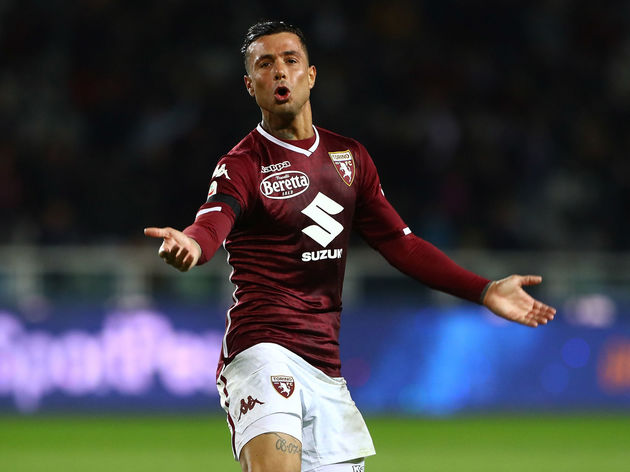 Torino defender Armando Izzo has been one of the most in-demand players in Serie A after a stellar season, which saw his side qualify for the Europa League through the back door after AC Milan's disqualification from the competition.

Arsenal and Everton are two sides who have been strongly linked, as have Lazio, but according to ​Calcio Mercato, any approach will not be straightforward.

That's because Torino president Urbano Cairo has grown reluctant to sell the 27-year-old, insisting it would take a 'huge offer' in order to pry him away, after a season in which he missed just one league match.

Of course, that could just be a negotiation tactic from Torino - the president is hardly going to admit he'd take a lowball offer - but the report goes as far to suggest that Arsenal 'may be forced to look elsewhere' along with the Toffees, so it seems as if this may be a long-running affair. In better news for Arsenal, Carl Jenkinson's card looks marked after a season which saw him make just eight appearances in all competitions.

At 27 (yeah that shocked me too), he looks set to move on in a bid to find regular first team football elsewhere, and could just find that north of the border, with Celtic reported to be 'in talks' to land the right back, who has been touted as a potential makeweight in the Gunners' bid for Kieran Tierney.

​Football Insider are the latest to peddle the speculation, and although they frame it as an exclusive, they really add nothing we don't already know. They claim Celtic are 'in talks' to sign him, and that he will have to take a £15k per week pay cut to sign for the Hoops - although that genuinely reads like a figure they've plucked out of thin air to add substance to their report.

Meanwhile, over at the ​Sun they say that Crystal Palace want Jenko as a £5m Aaron Wan-Bissaka replacement and the defender's move could help smooth the way for Zaha to go in the opposite direction... maybe. Tanguy Ndombele's move to ​Tottenham hasn't even been officially confirmed yet, but Lyon aren't hanging about in their attempts to replace him as L'Equipe (as per ​GFFN) report that Lille midfielder Thiago Mendes is set to undergo his medical with their Ligue 1 rivals.

It is expected to be the final formality ahead of a €25m move, and will come as controversial given the positional rivalry between the sides, with Lille finishing three points ahead of Lyon in second place last season. And finally, as far as transfer rumours go, ​Manchester United have had perhaps the most bizarre summer endured by any one club in the history of football, and it's only 2 July.

The list of names linked with Ole Gunnar Solskjaer's transfer revolution couldn't possibly be summarised in one single article, but they range from Sean Longstaff to Bruno Fernandes and cover absolutely everything in between.

The latest comes once again from the Sun, whose logic-defying speculation has been absolutely on fire over the last week or so, as they brazenly link United with a move for Aston Villa midfielder John McGinn. His value has apparently shot up by 1,800% in the last 12 months since his £2.8m move from Hibs, because he will cost United £50m. Apparently.

The Scotland midfielder has had an excellent first season in England, anchoring the midfield as Villa returned to the top flight. But £50m? Someone's at the windup here, and I'm not sure who it is, but please stop.

There's only so much more of this I can take.