​We're into July and let's be honest, this is when the transfer window really starts.

It's rumours galore today as both Manchester clubs feature, Arsenal gain momentum in their bid to sign a second 18-year-old this summer and a former England international is at Burnley? And no, it's not him.

Grab yourself a brew and stick a couple of cubes of gossip in to sweeten it up. A whopping £70m bid wasn't enough to convince ​Leicester to part with Harry Maguire, so it appears ​United have set their sights elsewhere. ​West Ham's Diop was linked to the Red Devils earlier in the window but such talk dissipated, only to return with a vengeance, according to ​S​port Witness

It's added that a deal worth €50m is to be expected from the Old Trafford outfit, who haven't wasted time after being turned away by the Foxes. While it seemed perhaps a strange move a few weeks ago, their recent activity in the market hints this may very well be one to look out for. 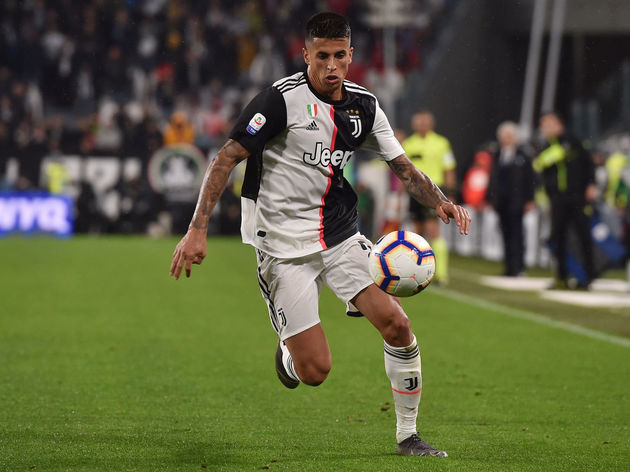 It's been murmured for some time. Well, now it seems ​Manchester City may have to step it up a gear if they want to sign Joao Cancelo from ​Juventus.

Contacts with the player's entourage have already been started, despite the German champions already signing Benjamin Pavard for the coming season who too is a right back. Would appear a strange move on the surface, investing so heavily on one position, but hey, A deal that looks like it could still take place, William Saliba has been of interest to ​Arsenal throughout the summer, with the highly rated French defender also courting the attentions of Tottenham.

Now, while the ​Mirror state that the Gunners are confident of sealing a

Well, this sure isn't anywhere near been sorted, is it?

Spurs to Move for Fulham's Ryan Sessegnon and His Brother There is no doubting Ryan Sessegnon's talent, the teenager was a star for ​Fulham during their Championship days. Granted, last season he didn't shine, but then again, the Cottagers were really bad.

​Tottenham are still keen though, as just like London buses, you wait for one then suddenly a whole host arrive at once. With two deals already in the bag, Bleacher Report's ​Dean Jones states a deal is likely, however, Spurs are keen on Ryan Sessegnon's brother Steven too.

Jones adds that this makes things 'more complicated', although an offer is expected to arrive soon. ​Watfordadequately since joining the club from Bologna last summer. Only 14 appearances in all competitions have followed but nevertheless, Torino are keen on seeing him back on their shores after ​Gianluca Di Marzio stated the Serie A side are interested.

Supposedly, contact has already been made with the Hornets about a move, with the player willing to consider a return to his adopted nation. Fresh from sealing a deal for Matt Target for an undisclosed fee, Dean Smith's side are preparing a second dip into Southampton's squad, and in turn evoking their inner ​Liverpool it would seem.

This time the ​Villans are exploring the possibility of signing Jack Stephens, who made 24 ​Premier League outings for the club last season. It seems defensive reinforcements are at the forefront of Smith's thinking, with the ​Mirror stating the newly promoted side are 'ready' to make a move. Corriere dello Sport (via ​Sport Witness) list ​Bournemouth as one of those interested, with the Cherries making the 21-year-old and offer that would Now, Swedish publication ​Aftonbladet are striking fear into ​Leeds fans by suggesting Jansson wants to leave the club. ​The Sun has since mentioned interest in the player from ​Sheffield United and Fulham, with an exit from Leeds gathering real momentum.

He may not be the only departee from Yorkshire this window though, with Vurnon Anita set to terminate his contract at the club and move to ​SDNA.

Phil Jagielka Soaking Up the Sun at Burnley

After seeing his time at ​Everton come to an end, Phil Jagielka is seeking a swift return to football and is training at ​Burnley in a bid to keep his fitness up ahead of the coming season.

With a voice hoarser than a chain-smoking chimney, it's easy to jump too quickly on assessing Sean Dyche. However, the move is considered a 'generous act' on the Clarets' manager's behalf, say the ​Daily Mail, as he has no intention of signing the 36-year-old on a deal.

Holidaying in Burnley, that's some dedication to your career alright.