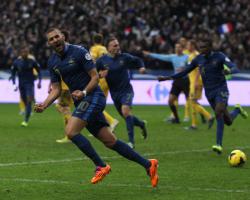 According to a report in Spain the Gunners boss has requested a move be sanctioned for the striker who is valued at ÃÂ£35.5million.

Benzema has been exceptional at Real since joining from Lyon in 2009, making 281 appearances and scoring 133 goals in all competitions

Quite why Real Madrid would want Benzema to make way for someone new is unclear unless they think they can get someone better or player himself wants to move on after six seasons inMadrid as he is such a consistant performer but that will be good news for clubs like Arsenal.

The report originates from Spanish journalist Kike Marin who tweeted that Arsenal have made Benzema their number one target.