The subject of Ozil’s role at the club has been the source of a great divide amongst fans for a while now. The 30-year-old has often drawn criticism for his relaxed demeanour on the pitch and his lack of defensive responsibilities.

What exactly is Mesut Ozil’s job at Arsenal? I am not understanding anymore. Falling or Forming sick all the time. I Kent understand.

But for many, the World Cup winner is still one of the most talented players in the Gunners’ squad. Certainly with Arsene Wenger and Alexis Sanchezdeparting last season, the club moved quickly to offer the playmaker a bumper contract to keep him at the Emirates.

That reported £350k-per-week deal has only driven a bigger divide amongst supporters though, especially with Ozilstruggling for regular game time under new boss Emery. He has just four goals and one assist from 16 appearances this season, increasing the demand to call time on his Arsenalcareer. 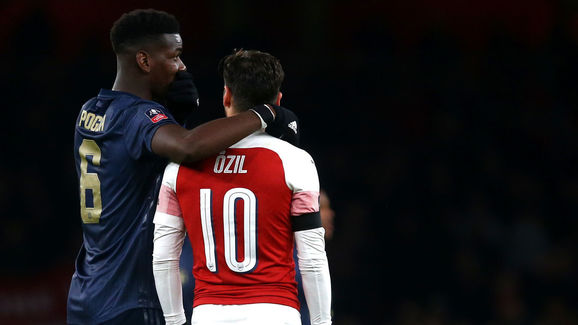 Francis has insisted that not only that the German should be moved on, but that Arsenal should prioritise an exit before his situation becomes an issue that affects the squad.

“And Ozil on £350,000-a-week, well it’s just ridiculous because he’s got his hands tied now Emery, there’s nothing he can do. Giving Ozil that huge contract has really forced them into letting ​[Aaron] Ramsey leave the football club, which is a huge mistake.”

 Lukaku has now got the same amount of assists in 2 minutes as Mesut Ozil has in his 1,122 minutes this season #ARSMUN pic.twitter.com/ZMj23TcFwc

Ozil did eventually come off the bench to replace Alex Iwobiagainst Manchester Unitedbut was unable to impact proceedings as his side lost 3-1.