Three Premier League forwards have been named on the shortlist for the African Player of the Year award by the Confederation of African Football (CAF).

Liverpool and Egypt talisman Mohamed Salah is in line to retain the award that he won last year. Salah scored 44 goals in 2018, the most of any African player, and he helped Liverpool to reach the Champions League final. 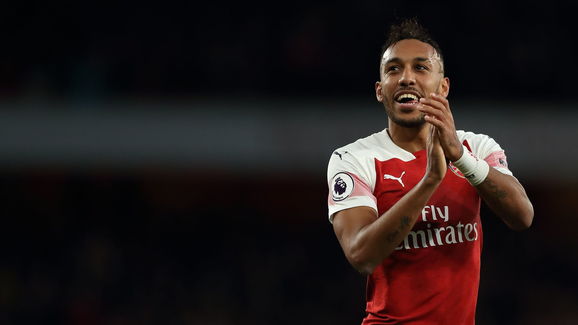 Salah's ​Liverpool teammate ​Sadio Mane, who scored in the Champions League final and represented Senegal at the World Cup in 2018, also appears on the shortlist. It is the third consecutive season in which he has been nominated, though he is yet to win.

​Arsenal and Gabon striker ​Pierre-Emerick Aubameyang, who the Gunners signed from Borussia Dortmund in January 2018, is nominated for the fifth year in a row. He won the award in 2015.

BBC Sport reports that the winner will be announced at this year's awards gala on 8 January in Dakar, Senegal.

Salah was named the BBC's African Footballer of the Year last month, retaining the accolade he won the previous year, and he will be the strong favourite to retain this award as well.

The shortlist for the women's award has also been revealed, with Nigerian duo