​If there was ever a time Arsenal fans didn't want their side to go full Arsenal, it was Wednesday night.

The Gunners needed a win to cut the gap on third placed Tottenham and storm ahead of Chelsea in the race for Champions League qualification.

However, things did not go to plan for the away side as Wolves stormed into a three-goal lead at half-time thanks to strikes from Ruben Neves, Matt Doherty and Diogo Jota. 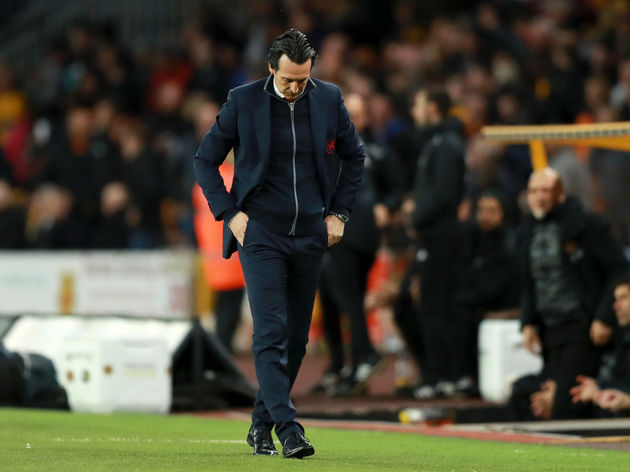 Unsurprisingly, ​Arsenal fans were not too happy with how Wednesday evening was panning out, having seen their side crumble on the road time and time again so far this season.

Firstly, let's all just revel in Piers Morgan's disheartened tweet referencing Shkodran Mustafi, who was unsurprisingly dropped after his nightmare against ​Crystal Palace on Sunday...

It’s a bit late for Easter miracles but Arsenal’s defence has actually got worse without Mustafi.

​​There was also a startling amount of depth on ​Wolves' bench compared to Arsenal's, pointed out by Football London's James Benge...

Wolves could bring on Adama Traore, Ivan Cavaleiro, Morgan Gibbs-White and Helder Costa in the second half.

Arsenal's attacking options are Joe Willock and Eddie Nketiah, both of whom are out to warm up before the rest of the subs.

As for everyone else, there was a general sense of dejection with Arsenal heading for a second consecutive league defeat...

Arsenal fans: “What we need is to win the Europa League”.

Arsenal at home vs Arsenal away pic.twitter.com/rYkKD6UmUB

Whenever I watch Arsenal pic.twitter.com/3peepddsE0

​​There's always the slim chance Arsenal make an outrageous comeback and end up beating Wolves...well, actually, probably not, but still. Emery's at the wheel and that.