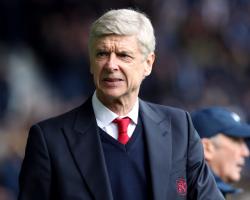 The Sun is reporting that Paris St-Germain have offered ARSENE WENGER a two-year deal to replace Unai Emry as manager in the summer.

The Daily Mail writes that Tottenham are closing in on Everton midfielder ROSS BARKLEY.

The Daily Telegraph reports that TONY PULIS will be offered a new contract by West Brom over the summer.

MARCOS ROJO will be offered a 12-month contract extension by Manchester United, according to the Sun.