The re-emergence of Manchester United under interim manager Ole Gunnar Solskjaer means the battle is now tighter than ever, with three points separating sixth-placed Arsenal and fourth-placed Chelsea.

"We are strong at home, but I think we need to do better away. We started very well, changing our mentality to get more points away. But now we need to recover our confidence and performance. 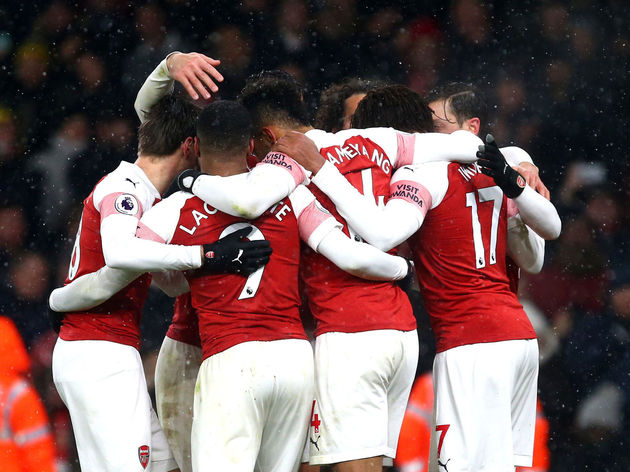 "Also we know defensively we need to do better. We tried to play with three and two centre-backs. Be passionate, be calm but above all work."

Those of an ​Arsenal persuasion will be hoping they can put things right when they travel to bottom side Huddersfield at the weekend, and they have been handed a boost as midfielder Henrikh Mkhitaryan looks set to return to action from injury for the first time since December.

"We thought he was not fit enough to play against ​Manchester City," Emery said of the 30-year-old. "But this week, after playing with the Under-23s and working with us, it is the first time I can think of him with us."