Roy Hodgson's side became just the second team to beat the Gunners at the Emirates in the Premier League this season, but the north Londoners remain in fourth place after Manchester United lost at Everton earlier in the day.

Goals from Christian Benteke, ​Wilfried Zaha and James McArthur overpowered replies from ​Mesut Ozil and ​Pierre Emerick Aubameyang and, via ​Arsenal's ​website, Emery admitted after the game: "Yes, it's a big frustration because it was a big opportunity.

"But we can say we had a big opportunity in the matches before today and we took a lot of points, a lot of key moments to give us the opportunity to be, now, in our way with the possibility to achieve our first target, which is to play Champions League next year.

"We can do that through the Premier League or the Europa League. Today, we lost a very big opportunity but I don't think it changes our idea. 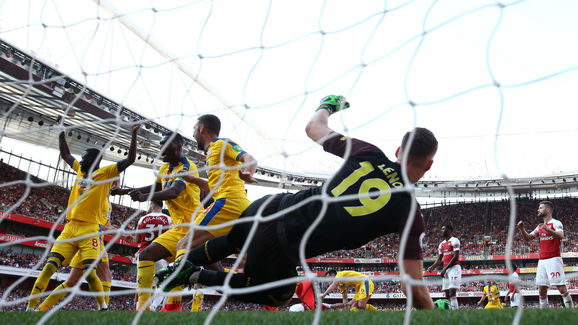 "We need to prepare for the next match against Wolverhampton. It's in our hands because we can continue with the possibility of being in the top four if we win."

Arsenal largely fell victim to their own sloppy defending, which was crucially at fault for all three of ​Crystal Palace's goals on Sunday, but Emery insisted that his side have improved defensively this season.

3:2 loss at home.
Now let's keep fighting for the 4th place. We can do it! Come on Arsenal 💪🏻 #WeAreTheArsenal #COYG #YaGunnersYa @Arsenal pic.twitter.com/bXQKPCujJo

"We were improving and we were getting better defensively and today against two strong players, they gave us a lot of work - Benteke and Zaha - more than in other matches," Emery added.

"I have the confidence in our way and I want to be positive today because this season we have been working and fighting to be in this key moment with the possibility to be in the top four, and we are. 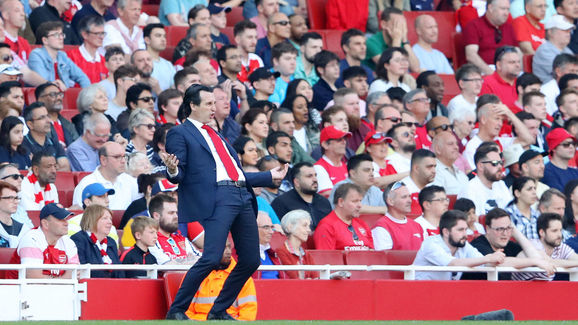 "We are also in the semi final of the Europa League and we can be proud of all the season. Today we can be frustrated, but tomorrow stand up and be ready for the game on Wednesday against ​Wolves knowing it is going to be very difficult but it is in our hands."