Unai Emery Admits it Will Be Very, Very Difficult for Arsenal to Win Europa League This Season

Emery is no stranger to the Europa League after winning it three times with Sevilla and knows more than most the potential pitfalls. It may however, offer Arsenal a route into the Champions League as the domestic race for a top four Premier League finish heats up. 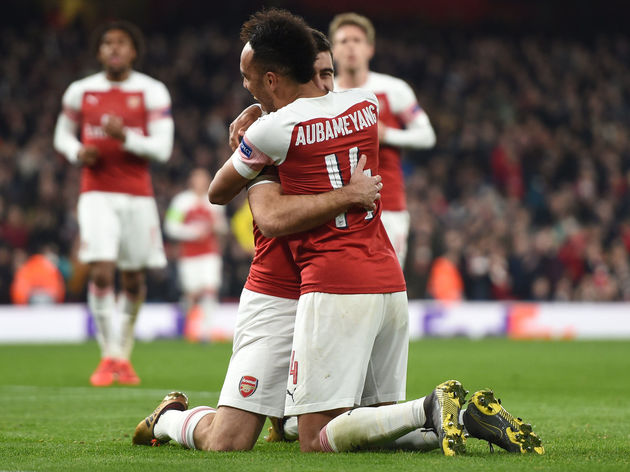 "It is very, very difficult to win this competition," the Spanish coach said, via Arsenal.com, as he addressed the media after beating BATE.

"I have won this competition a lot of times and, for example, the last three were Manchester United, Atletico Madrid and Sevilla playing against Liverpool three years ago," he added.

"There are a lot of teams who cannot play in the Champions League, like us, and they are fighting to find a way in this competition and for one title against big, big teams. For us also, I think it's a good test and a good challenge to carry on and to find our best performances."

Arsenal currently lie fifth in the Premier League table, one point behind a resurgent Manchester United. The Gunners have failed to qualify for the Champions League in each of the last two seasons, though, and the Europa League offers them a bonus chance if they can win it.

That feeling when you come off the bench and score with your first touch. . .#ARSBAT pic.twitter.com/aN5ybfjGAI

Goals from centre backs Shkodran Mustafi and Sokratis Papastathopoulos on top of an own goal from BATE's Zakhar Volkov handed Arsenal a 3-0 second leg win to prevail 3-1 on aggregate.