Unai Emery has called on Arsenal supporters to celebrate with 'respect' after a pitch invader approached Chris Smalling during the Gunners' 2-0 win over Manchester United on Sunday.

A first-half strike from Granit Xhaka and penalty from Pierre-Emerick Aubameyang secured the victory for Arsenal, sending them back to fourth place in the Premier League table in the process. 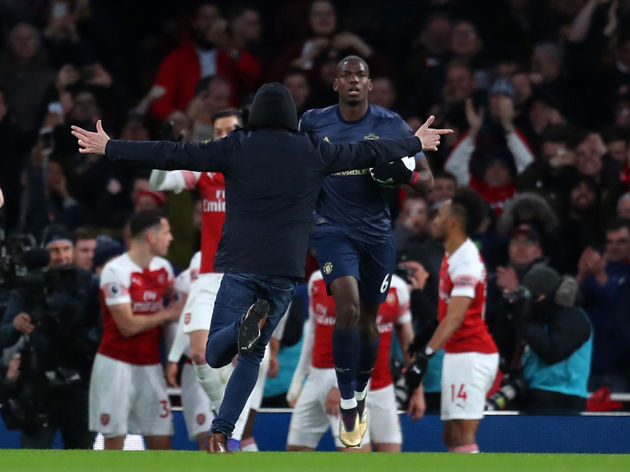 ​The result was slightly undermined by the fact that an ​Arsenal supporter confronted Smalling in the aftermath of ​Aubameyang's penalty and Emery condemned the actions of the guilty party, before noting that the rest of Arsenal's supporters played an instrumental role in his side's victory.

"I don't want that," Emery said, as per ​Sky Sports. "It is not in my control, I think we can enjoy the support, today I think they helped us but we need to do it with respect.

​"I'm very proud of our supporters, they pushed us a lot and this is a big result and they created a big atmosphere for our players."

The result puts Arsenal in a strong position to challenge for a top four finish, but Emery was keen to focus his attention on the upcoming Europa League clash against Rennes.

"To take three points and get a good position for our target is very good and I'm happy for the players.

"Being competitive like today for 90 minutes can give us a stronger mentality. We are going to think of the next Premier League match, against Newcastle here, but that is in three weeks and now our focus is the Europa League on Thursday.

"That is a very important match after what happened away [losing 3-1 to Rennes in the first leg]. I hope a lot of supporters come here and make the stadium full to create this atmosphere."