​Unai Emery has admitted that Leicester's title-winning side of 2015/16 made him an admirer of English football, and insisted that their success proves the importance of the Premier League in world football.

Suggestions of a future European Super League have gathered pace in recent times, whilst a proposal has been made by the European Club Association to change the current Champions League format in a way which could exclude clubs that are not already among Europe's elite.

However, Emery has pointed to ​Leicester's title success in the Premier League as an example of why such changes would be wrong to prevent such clubs from competing at Europe's highest level.

As quoted by the ​Daily Star, the ​Arsenal boss said ahead of Sunday's clash against the Foxes: "The team who wins the championship deserves to play with the best teams in the world. This is normal. Arsenal face Brendan Rodgers' revamped Leicester side at the King Power Stadium on Sunday, but recalling the Foxes' miraculous title victory three seasons ago, Emery added: "I was in Spain and looked at this victory in the Premier League as a huge positive for English football.

"That one big club, but who is small in comparison to ​Liverpool, ​Chelsea, Manchester, Arsenal and ​Tottenham, can do this and win the league was such a surprise. 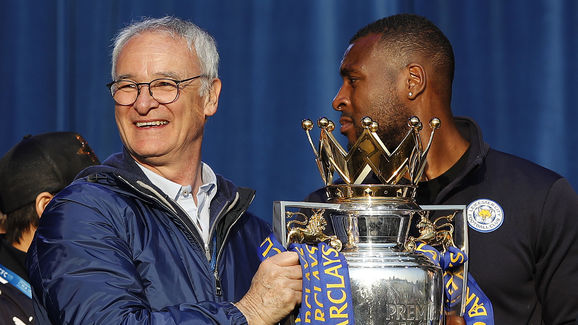 "Now I am working here, I don't want a surprise from them again. I prefer Leicester to be behind us. But they have players that the best teams in England, Europe and the world would sign. For example... ​Jamie Vardy, ​Harry Maguire, Ben Chilwell.

"That is why the Premier League is so good. It's the most competitive because each team gives you difficulties. Spain is more technical. France is more physical.

For the fans. For the badge. Let's go 

"Here, it's physical and technical. And tactically, it's improving a lot with very good coaches and good young English coaches too. The English championship, with 20 teams, is the best."