The Gunners were linked with a move for Crystal Palace forward Wilfried Zaha during the off-season, but opted to pursue a deal for his Ivorian compatriot after balking at the Eagles' price-tag. Pepe has struggled for form since joining the north London outfit, though he showed glimpses of his true capabilities during Thursday's 3-2 victory against Vitoria Guimaraes. 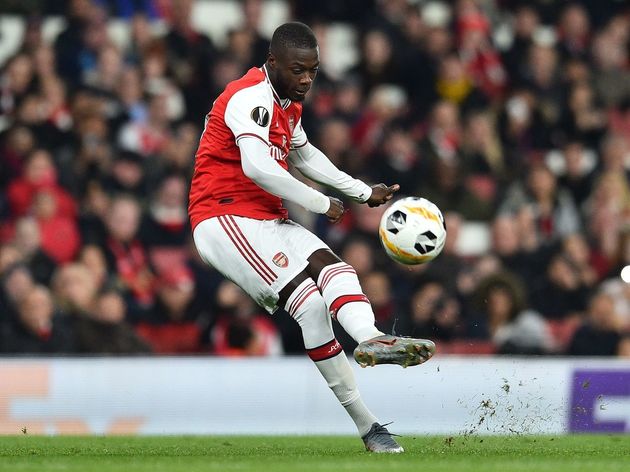 The winger's only goal before that triumph was a penalty versus ​Aston Villa, Pepe tripling his tally for ​Arsenal with two sumptuous late free-kicks to win the midweek clash with Vitoria.

Speaking ahead of their ​Premier League meeting with ​Palace on Sunday, Emery said of the record purchase (as quoted by the ​Mirror): "