​Arsenal manager Unai Emery defended Shkodran Mustafi after the Germany international made a huge error which lead to a goal in the 3-2 loss to Crystal Palace on Sunday.

The Gunners missed a big opportunity to move up to third in the Premier League, as they fell to a shock 3-2 defeat to the Eagles, and Mustafi bore the brunt of fans' criticism on social media for his role in the Eagles' second goal. 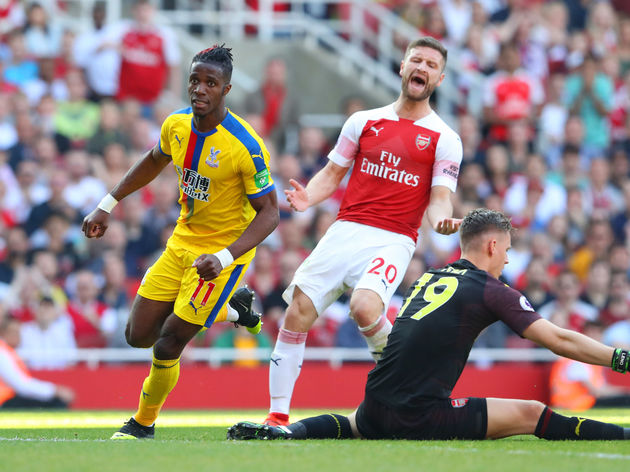 In a move which will have confused ​Wilfried Zaha as much as anyone inside the stadium on Sunday, Mustafi seemed to forget what he does for a living and allowed Zaha to skip past him and take the ball through on goal, slotting past Bernd Leno to put Palace back in front.

However, when asked about his defender's performance, ​Arsenal boss Emery said as quoted by the​ Daily Express: “Sometimes he can play very well. I prefer to speak about the consistency in the season. “We are, every player, helping, playing with a big performance. Today (Sunday) also when you can defend. Against Benteke and Zaha you can suffer more.

“If today we were better in the set pieces maybe we could win this match. In all the season I think he has been consistent.”

It's safe to say Gunners fans on Twitter do not share Emery's feelings towards Mustafi, who is often singled out for criticism when things aren't going so well in north London.

mustafi is so bad he broke the drake curse pic.twitter.com/nN4sguxXOz

Good morning and happy Easter Monday bank holiday to everybody except Shkodran Mustafi.

When we sell Mustafi I am going to hire out Finsbury Park and host a massive rave, everyone is welcome, we can celebrate together.

When we sell Mustafi I am going to hire out Finsbury Park and host a massive rave, everyone is welcome, we can celebrate together.

compiled​ a thread of Mustafi's key mistakes this season, citing two senseless fouls in the box against ​Tottenham and ​Crystal Palace (which were duly punished).

​​Much to the despair of Gunners fan, Mustafi is a regular under Emery and has featured 34 times in all competitions this season. However, of the 16 games the German international has missed, Arsenal have lost just two.