Arsenal manager Unai Emery might be the star of a new 'manager-cam' feature this weekend during the north London derby, but he wants the fans fully focussed on the players (not him) for the 90 minutes.

The Spaniard has earned a reputation for being quite an animated figure on the Arsenal touchline since his move to the Emirates last season. The Gunners trialled their own 'manager-cam' in their opening day win over Newcastle United, with one clip of Emery's antics garnering north of 2.75m viewers on Instagram. ​ 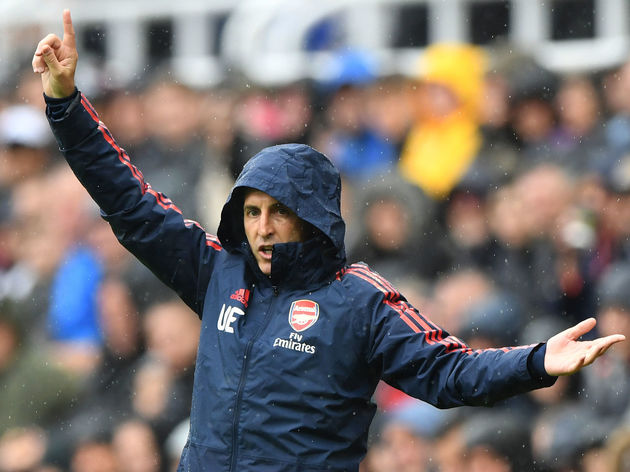 Commenting on the new feature, Emery stated, according to the ​Daily Mail, that "I am not the protagonist.

"The most important thing for the camera is the team. Maybe after the match on Monday, the supporters can look at me and other things.

"I am doing each moment how I am feeling at that time - to help the players. But sometimes I sit back and wait before taking the best decision for the game. It is not always the same for every game. "But, they are the protagonists. When the match is starting, for 90 minutes we are on the bench and they are on the pitch. The more difficult work is for them and we are there to help them with our passion, with our energy, but above all being intelligent in the management of that 90 minutes."