​Unai Emery has hinted that young forward Gabriel Martinelli could start up-front for Arsenal in their Europa League clash with Standard Liege.

Signed over the summer from his native Brazil, the highly-rated 18-year-old started in the Gunners' 5-0 Carabao Cup win over Nottingham Forest, netting twice in the comprehensive victory in his first competitive start for the club.

And we'd love to see more of this  pic.twitter.com/F7JhZ4BEv4

Missing out on a starting berth in the ​Gunners' opening Europa League win over Eintracht Frankfurt, Emery hinted that the young Brazilian could earn his first start in European competition at the Emirates Stadium, with Alexandre Lacazette injured and star striker ​Pierre-Emerick Aubameyang possibly in line for a rest.

“Martinelli, we are using him in training, we used against Nottingham Forest as a striker – it is not the best position for him but he played well and he played some times there in Brazil but he can play right or left,” Emery said in his pre-match press conference, as quoted by ​football.london.

"Maybe, Reiss Nelson can play as a striker in one moment but in the beginning, I am thinking about Aubameyang and I am not sure [if he will play] and the second option is Martinelli.”

After their excursions in the Monday night clash with Manchester United, Emery is likely to field a vastly differing side on Thursday night as he looks to freshen up his squad before another round of ​Premier League fixtures. 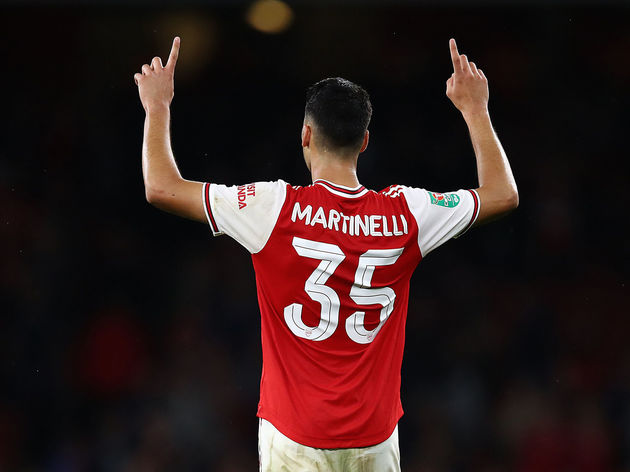 Overcoming, arguably, their toughest group match on the opening round of fixtures, the Belgian outfit should pose less threat than the Frankfurt, although they too won their first group match after seeing off Vitoria SC 2-0 in Liege.

After reaching the final of the competition last season, Emery will be looking to go one better with his side are right the wrongs of the crushing 4-1 defeat against Chelsea. His experience in the competition is unmatched, having lifted the trophy on three occasions previously.