However, despite taking a strong lead to Italy, Emery's players wasted a number of good chances in the second half, and they will hope that this does not come back to haunt them in the second leg. 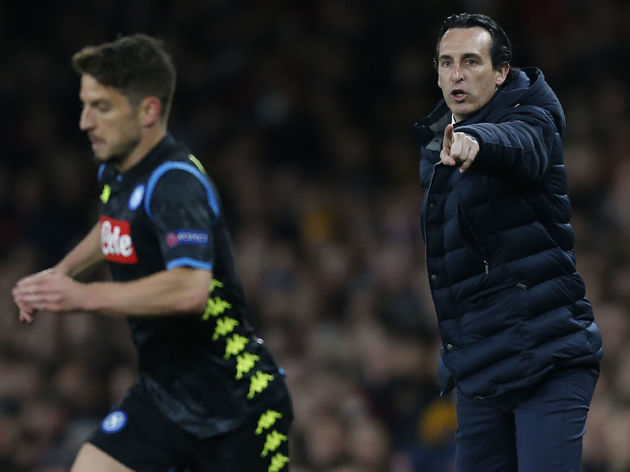 Ramsey in particular shone for the Gunners, putting in a performance full of attacking intent and determination.

This was not lost on Emery in his post match interview, where he hailed the midfielder who has signed a deal to join Juventus this summer.

As quoted by the ​Express, Emery said: " "Because I think he feels a lot for Arsenal as a club. When he’s here with our supporters, he gives us all he can, not individually, but in the collective."

Emery also highlighted that the the Gunners' next leg against Napoli won't be easy, despite the win at the Emirates. “They’re going to use their possibilities and attacking options against us for a comeback. Our objective now is to continue being competitive like we are here, away with our game play for the next matches.”