Arsenal were held at home by Wolves on Saturday, with their opponents themselves only winning two Premier League games all season. Emery’s team are now six points adrift of the top four and could be pushed further out of contention when they travel to an in-form Leicester next. 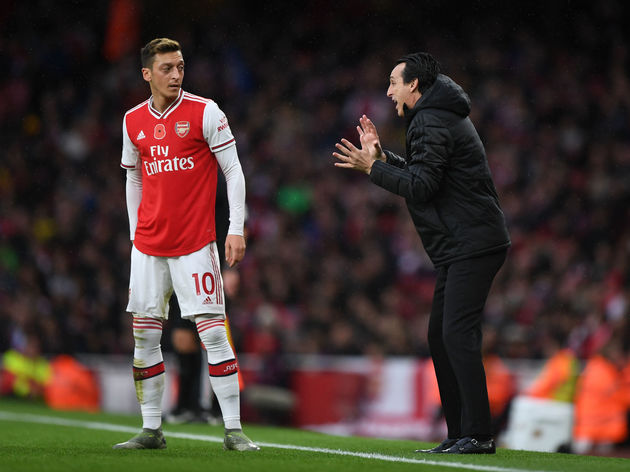 A story from the Daily Mirror explains that Arsenal are ‘determined’ to give Emery ‘every chance’ of turning things around. That being said, the club do expect a top-four finish this season. And while the Spaniard’s job is not under immediate threat, more poor results over the coming few weeks will bring added pressure and could force the Arsenal hierarchy into a decision.

While ​previous talk of an imminent exit may have been premature, things are looking precarious for Emery. Between now and early December, the Gunners must face Vitoria SC and Eintracht Frankfurt in the Europa League, as well as Leicester, Southampton, Norwich and Brighton in the Premier League. There will also be an international break after next weekend.

One of the things that Arsenal officials and fans alike may be concerned about is the potential loss of the club’s best players if the season is to be another disappointing one that doesn’t yield a return to the Champions League after three successive years away. Pierre-Emerick Aubameyang scored his 50th goal for the club on Saturday in only his 78th appearances. That makes him faster to reach half a century of Arsenal goals than Thierry Henry, with 1930s legend Ted Drake the only player in the club’s history to get to that milestone faster.

Having shared the Golden Boot last season, Aubameyang has scored eight Premier League goals so far in 2019/20, accounting for exactly half of the whole team’s tally.

Aubameyang is a genuinely world-class goalscorer and has netted 191 times since the start of the 2013/14 campaign when he joined Borussia Dortmund. Is a player of his quality, approaching the latter stages of his career, going to be satisfied with mediocrity?

Goal notes that Arsenal have been unsuccessfully trying to tie both Aubameyang and strike partner Alexandre Lacazette to new contract. Both players are unsurprisingly keen to play Champions League football and are keeping their options open accordingly.

Jose Mourinho has been the major name thrown up by the rumour mill to replace Emery if Arsenal do decide to make a change. The ex-Manchester United boss is ​said to be ‘interested’, but the Evening Standard has reported that Arsenal head of football Raul Sanllehi has not met with Mourinho, contrary to recent speculation. The two have not actually spoken for ‘years’.