​Arsenal manager Unai Emery has provided an injury update on Laurent Koscielny and Granit Xhaka ahead of the club's Europa League quarter-final first leg against Napoli on Thursday.

The ​Gunners head into the game on the back of a disappointing loss to Everton in the Premier League on Sunday, in which Sokratis Papastathopoulos picked up his 10th yellow card of the season to earn himself a two game domestic ban. 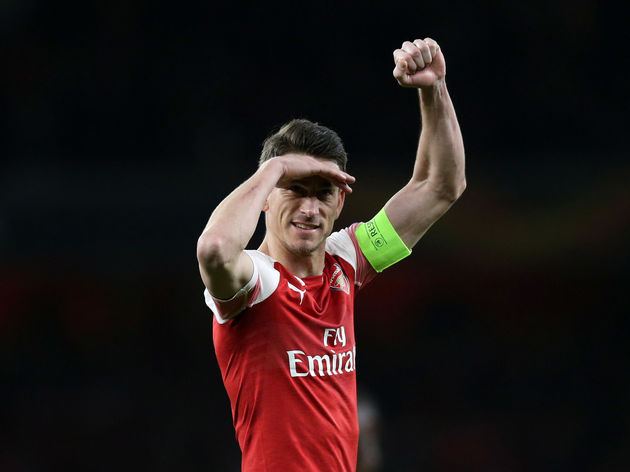 There is therefore a clamour for the return of veteran centre back Laurent Koscielny, who has been missing since the triumphant last 16 second leg against Rennes.

Unfortunately, at this juncture, Emery could offer no guarantees as to whether this could happen for the ​Napoli game, admitting to the club's ​official website after the Everton defeat: "I don’t know. Maybe Laurent could’ve come back to play today but yesterday we knew it wasn’t possible. I want to be positive for Thursday but it depends how he’s progressing."

And the same feeling can be applied to the Swiss midfielder, who has also been out since the Rennes clash, as Emery explained: "Xhaka is the same. They are doubts for Thursday."

However, he refused to be downbeat about the situation, backing any member of his squad to step up to the plate if needed. "We have players and we know we can produce the performance with all the players," he added.

Some of the greatest players ever...but they never won a Champions League.

"When you lose a match, maybe you can look at the players who didn’t play, but it’s rarely the consequence. We’ve won matches with other players, other systems, and we need to be efficient in each moment. We need to be consistent like we are a lot of the time, but sometimes we can lose."

Aaron Ramsey was consigned to the bench for the first half against the ​Toffees with a slight concern, but came on for the second half and suffered no further issues.

Long-term absentees Rob Holding, Hector Bellerin and Danny Welbeck are all still out, but Konstantinos Mavropanos, who has struggled with a groin strain sporadically throughout the season, returned to action in a friendly on April 5, claiming he was 'back on track' on Twitter after the game.