​Arsenal manager Unai Emery said that the injuries picked up didn’t help his side, as they lost 3-1 to Manchester United on Friday night.

The Gunners were knocked out of the FA Cup fourth round as Alexis Sanchez, Jesse Lingard and Anthony Martial were on target for United at the Emirates. Although Pierre-Emerick Aubameyang pulled one back at 2-1, it was too little too late for Arsenal. 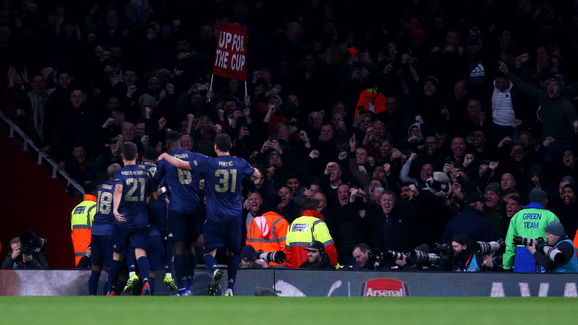 Emery spoke about the result after the game, quoted on the club’s official website saying: “I’m happy because I think our work is good, but the result is bad. Today it’s the result and the injuries. They don’t help us to be in the match, maybe when the result’s 1-2.”

An already injury-hit ​Arsenal saw two defenders go off injured during the game, Sokratis going down with a leg injury after appearing to land awkwardly and Laurent Koscielny picking up an ugly facial injury after accidental contact from a Man Utd boot.

Speaking about the injuries, Emery added: “I think they weren’t big injuries for Sokratis [his ankle]. Maybe Laurent Koscielny is going to hospital to [analyse] what injury he has. Maybe he’s broken [his cheek or jaw] but I hope not.” 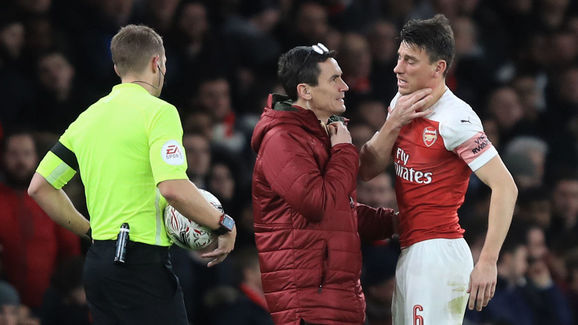 Friday’s result means that Arsenal haven’t progressed past the FA Cup fourth round since they last won it in 2017, having been knocked out in the third round last season at the hands of Championship side ​Nottingham Forest.

Talking about the result, Emery did insist his side deserved better but praised the visitors, saying: “We deserved more but we played against ​Manchester United who are in their best moment of the season, and they have a lot of players to make the difference.”

He added: “Rashford and Martial came on as well. They were very clinical today and in the moments when we attacked, we got into the box but couldn’t produce the last action to score.” 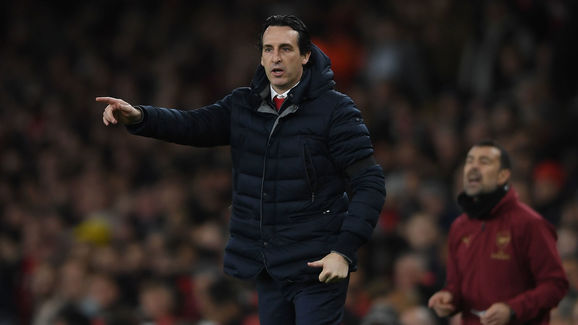 Now Arsenal are out of the FA Cup, their attention fully turns to the Premier League and the Europa League, with the Gunners back in action next Tuesday when they host ​Cardiff City at the Emirates.