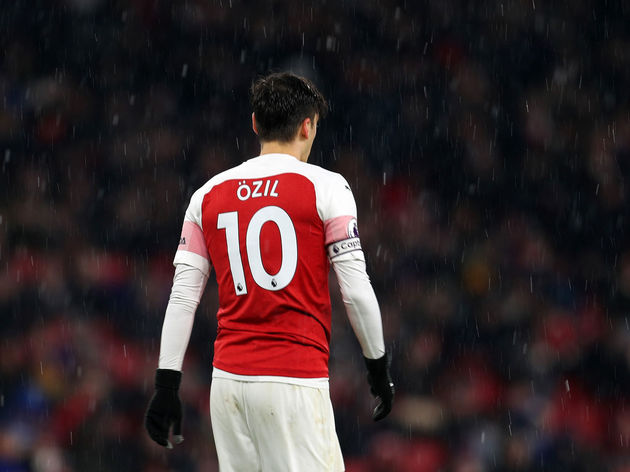 As quoted by ​the Express, Emery stated: “​It’s no change for him [​Ozil]. Suarez is coming here because we have a lot of problems on the wing.

“[Suarez] can play right, play left, inside like a 10 player, and I am going to use him in all the positions in the attacking third.

 "Arsenal were a team that really inspired me." https://t.co/9zek67NCb2

“He played with us at Sevilla as a left winger, at Villarreal as more of a right winger and at Barcelona, he plays inside and outside. The possibility and capacity is all different.

“He has character, big character, and he has the quality to play here. He knows the language - he can speak English, which is important for us.

“Secondly, he played at Manchester City with the youth teams. He has a big experience in Spain, at Sevilla, at Villarreal, where he played in a semi-final against ​Liverpool in the Europa League.

"After, he played with ​Barcelona, not in the first XI a lot of times, but he helped them there and played in the Champions League, in an important team with important players. I think for him it’s easy to adapt with us.” Emery wouldn't rule out a potential debut for the Spaniard, 25, when his team travel to the Etihad on Sunday: "

“In another moment, in another match, they could have won against ​Newcastle. They are playing at home and for us it will be very difficult. “But we are looking forward to playing, to showing that we can [win] and want [to win]. I think in Sunday’s match every player will be with a very big ambition to show their best performance and quality against them.”