Arsenal crumbled in the first leg in France after a first half red card to Sokratis Papastathopoulos and now need to summon even more character than it took to overturn a smaller aggregate deficit against BATE Borisov in the previous round.

"We are very demanding of ourselves," Emery told a press conference, via Arsenal.com.

"For us, it's one positive issue because we want to play big matches, tough matches against the best teams - and in the Europa League we are finding some results like the last round against BATE Borisov with difficulty," the Spanish coach added. 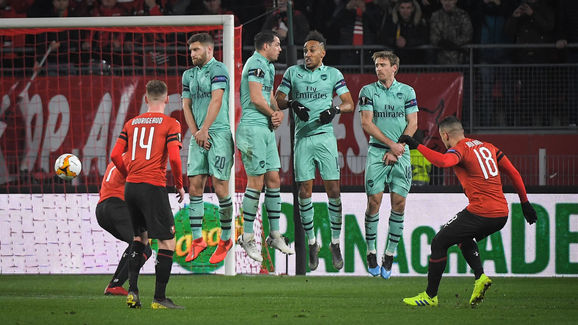 "This is both important issues that we need to control over 90 minutes and maybe more."

Sokratis will be suspended, but Arsenal will have Alexandre Lacazette back earlier than expected after his UEFA ban was cut on appeal and midfielder Lucas Torreira hopes the French forward can help make the crucial difference on the night.

📸 Take a look inside training with today's gallery!