Unity is key to success - Wenger 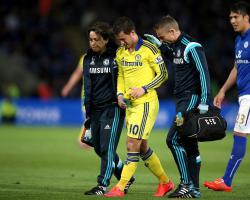 Mourinho was visibly infuriated to see head physiotherapist Jon Fearn and first-team doctor Carneiro run on to the field to give midfielder Eden Hazard treatment during the closing stages of the 2-2 draw against Swansea at Stamford Bridge last weekend, when the Blues were already down to 10 men

The Portuguese said afterwards that their ''impulsive and naive'' decision raised the question of whether they understood the game and, since then, Press Association Sport has learned Carneiro's role at Chelsea is changing significantly

While remaining as first-team doctor, Carneiro will no longer be involved in matches and training sessions - a situation Fearn is also reported to find himself in

The move has led to widespread criticism, with the Premier League Doctors' Group expressing its concern over the ongoing situation and saying a reduction in Carneiro's role would be ''unjust in the extreme''

Wenger spoke to the media on Friday morning, ahead of Arsenal's Sunday trip to Crystal Palace

When asked for his thoughts on the relationship between a manager and medical staff, Wenger said: "It is a problem inside the club that if you are not united it is more difficult

It is the trust and unity that makes the strength.

"You know you speak about that story at Chelsea

First of all I have not followed that as you know I do not have great interest about what is going on at Chelsea.

"Secondly the rules are quite clear that when the referee gives an indication that the medical (staff) can come on, they come on

After that what happens specifically in the situation I don't know, but the rules are quite clear

It is the referee who makes the decision."

Mourinho is due to speak at 12.30pm on Friday as Chelsea have called a press conference to preview the trip to Manchester City