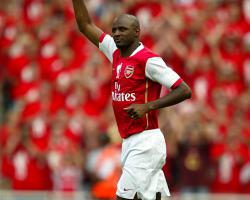 It is 10 years this month since the Gunners' incredible 49-game unbeaten streak was finally ended by title rivals Manchester United in an emotionally-charged showdown at Old Trafford.

Arsene Wenger's men had not tasted a league defeat at all in the 2003-04 season and in doing so matched a feat which had only been achieved once before in the top flight - by the Preston side of 1888-89.

Former midfielder Vieira, who was speaking at Manchester's National Football Museum where he was being inducted into the English Hall of Fame, told Press Association Sport: "Yes, I think it will be matched one day.

We just have to wait and see which team will do it."

Warnock believes that like Vieira's Arsenal, Jose Mourinho's current crop are nearly "flawless" and strong across the board.

Vieira, who now works as the head of Manchester City's elite development squad, thinks the key to the Invincibles' success was the close bond they shared at Highbury.

"That is something that will stay in our memories forever," the Frenchman added of their historic campaign.

"When you look at the team and how close together we were, it was really good to be a part of this team.

"You don't achieve this kind of target if you're not close to each other and you don't have the same target.

"We were really united, a strong team and when you look at the talented players we had in that team, it was fantastic."