Unai Emery’s side have maximum points from their three matches in the Europa League so far, and their trip to Portugal on Wednesday will be a nice escape from the dramas that surround them at home. Vitória, on the other hand, could be in a spell of trouble – with no wins in their European campaign so far, a victory against the Gunners seems unlikely. However, there’s more to this Portuguese side than meets the eye…

The match will have the unusual kick-off time of 3.50pm on Wednesday rather than Thursday night for safety reasons. Guimaraes in near Braga, who are also playing at home in the Europa League this week – meaning that Vitória’s fixture will be played a day earlier to reduce traffic in northern Portugal, whereas Braga will still host Besiktas on Thursday evening.

​​Arsenal's Reiss Nelson is a doubt following a knee injury against Standard Liège, however he made his comeback for the Under-23 side on Friday. This means Unai Emery is in the rare position of having no injury concerns. The Spanish coach will almost certainly start Gabriel Martinelli after the young star’s amazing performances in Europe, despite his struggles to make it into the first team in the Premier League. Nicolas Pépé has also missed the last two matches – and after his two late goals against Vitória last time round, securing a late win for the Gunners, he’ll be expected to work his magic again on Wednesday.

Granit Xhaka may also make a return as Emery claims it’s the perfect opportunity for the midfielder to gain minutes away from the Emirates, following the drama that took place against ​Crystal Palace. Meanwhile, Vitória manager Ivo Vieira hasn’t had much luck in terms of injuries. Alhassan Wakaso and Joseph Amoah are both out with knee injuries and Valeriy Bondarenko is still out with a broken hand with Victor García also doubtful.

​Arsenal’s last and only meeting with the Portuguese side was two weeks ago – and we all remember how that went down. The Gunners were surprised by Vitória’s performance and only gained a win thanks to two late free-kicks from Pépé, making it a much more dramatic European fixture than first anticipated. This time round, the north London side will be less naive – and with a pass to the next stage of the Europe League at stake, they’ll be hoping to bring their best performance to Portugal.

That said, it is important to take note of Vitória’s previous meetings with English clubs. Although they have now lost on all three visits to England, their home record is more impressive. Vieira’s side are unbeaten at home to English clubs (W1 D2), something Arsenal will have to bear in mind when going head to head with the Portuguese side on their home turf.

​It’s no secret that Arsenal’s recent form has been a disaster. With talk of a managerial sacking, the drama surrounding Arsenal’s captain Granit Xhaka and their fan base in complete turmoil, it’s a surprise they’re still fifth in the Premier League. 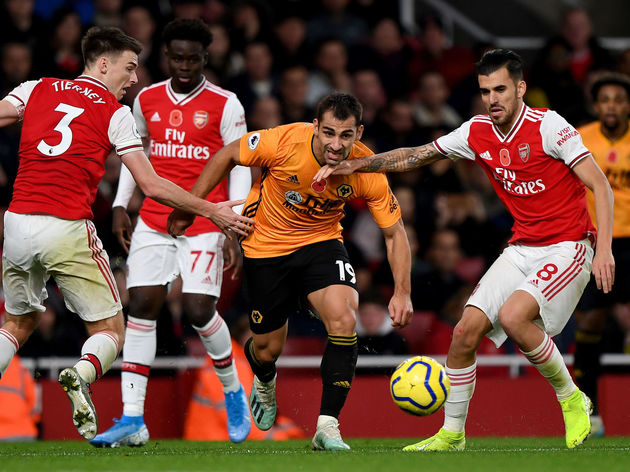 Their last upset came against Wolves on Saturday when they threw away yet another lead to draw 1-1 at the Emirates. In fact, Arsenal have only won one of their last five league matches, drawing three and losing another.

Vitória are in a similar position to the Gunners – also sitting fifth in the Primeira Liga. However, they’ve managed to win three of their last five league fixtures.

Here’s how the two teams have performed in their last five games.

Arsenal should come away with a win on Wednesday, looking at the sheer quality of both teams. However, it won’t be simple and Vitória have proven that they’re not easy opponents for the Gunners. 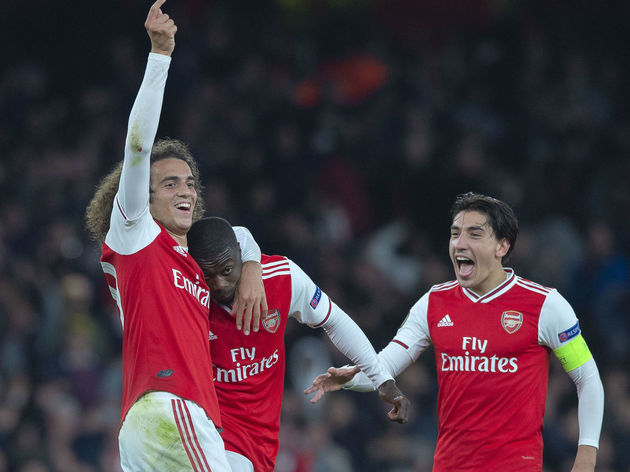 If Arsenal win and Standard Liège lose against Frankfurt, Emery’s side will be through to the next round of the competition – putting the pressure off the Gunners momentarily.

Hoping to avoid another embarrassment, Arsenal will give everything they’ve got to secure a win – and with their young stars hoping to make a name for themselves, it should be enough to remain at the top of their group.