Vitoria vs Arsenal: 5 Key Facts & Stats to Impress Your Mates Ahead of Europa League Clash

Arsenal fans, it's time for a healthy distraction from domestic matters in the form of the Europa League.

The game against Vitoria Guimaraes is being played on a Wednesday due to safety concerns, with Braga playing a home game in the same competition on Thursday, so Arsenal are playing a day earlier to reduce traffic in northern Portugal.

Regardless, the Gunners still have a strong record in this season's Europa League and can qualify for the knockout stages with victory over Vitoria.

So, fancy a bit of reading before the game? Here are the best stats and facts ahead of the afternoon kick off on Wednesday. Vitoria haven't got a particularly strong history against English sides.

They've only managed one win in their previous eight meetings with clubs from England in all competitions - drawing three and losing four - with that victory coming against ​Aston Villa in September 1983. They still ended up losing that first round tie 5-1 on aggregate.

Since then, the Portuguese side have lost to Portsmouth and drawn with Bolton, while they were also very close to winning at the Emirates in the previous round of Europa League fixtures. They ended up losing 3-2. 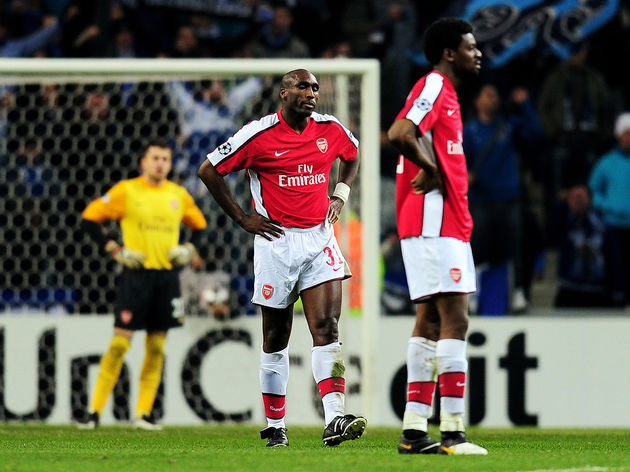 However, hope is not lost for Vitoria despite their poor record against teams from England, as ​Arsenal haven't exactly been great in Portugal over the years.

The Gunners have only won one of their seven away games against Portuguese sides - drawing three and losing three - but that victory did come in last season's competition at Sporting CP.

Results on their travels include a draw with Benfica, two losses and a draw with Porto and a defeat to Braga. Gosh, the stats so far don't make for pleasant viewing for either team, but Vitoria's record is Europe is being displayed in a particularly poor light.

But that's only because they've been bad. No agenda here.

In fact, Vitoria are looking to avoid four consecutive defeats in all European competition for the first time since September 1998.

They've lost all three group games so far this season and won't be able to catch Arsenal, who have nine points, if they fail to win on Wednesday. Do or die time, really. Sure, it's all aboard the #EmeryOut train at the moment, but Unai is yet to put a foot wrong in the Europa League this season, bar that wobble against Vitoria in their previous clash.

Arsenal are looking to win their first four group stage games in a Europa League or ​Champions League campaign for just the second time, winning their first five in the 2005/06 UCL.

The Shining Light (But Ignore the 'Esteemed Company' He Keeps) Gabriel Martinelli is very much the cup competition striker for Arsenal, and has taken plenty of the chances that have come his way so far this year.

The 18-year-old has scored in both of his Europa League matches for Arsenal this season. The only player to score in each of his first three games in major European competition for the Gunners was Marouane Chamakh in 2010.

So there's a chance Martinelli could end up being a better Arsenal player than Chamakh? It's a low bar for sure, but Arsenal fans will definitely take it.