It's that magical time of year, folks!
​

​Whether you'll be chowing down on some dry turkey or a delicious nut roast, none of us can wait for the true festivities to begin.

That's right, the slightly hectic slate of Boxing Day fixtures is upon us!

The Premier League has once again disregarded the hamstrings of players up and down the country to ensure viewers can sit back and take in as much football as in humanely possible.

There are some brilliant games scheduled too, with Tottenham and Brighton kicking things off in north London, Manchester United hosting Newcastle later before finishing up with the clash between league leaders Liverpool and their nearest challengers Leicester at the King Power Stadium.

So, let's run through the nine games on Boxing Day, as well as Manchester City's trip Wolves on Friday, to give you the lowdown on the matches and the all-important predictions for what should be a terrific football feast of a day.

Oh, and here's a picture of Kylian Mbappe dressed as Santa Claus. It's Christmas, baby! That loss to Chelsea was pretty awful for Tottenham in every department. They failed to create any chances of note and gave the visitors two goals. Not very Mourinho, really.

They have a chance to put things right in some regards on Boxing Day, when Brighton roll into town. There's an old score to settle too - the Seagulls smashed Spurs 3-0 in October in what really was the beginning of the end for old boss Mauricio Pochettino.

The south coast side have played some very nice football at points this season, but the draw at Crystal Palace seemed to sum up their problems. They were undoubtedly the better team on the night but failed to convert their chances and were pegged back late on.

We shouldn't expect this to be a walk in the park for Tottenham. Far from it, really. But they should have enough to edge past Brighton in Saturday's early kick off. Cor, a festive battle of the newly-promoted sides? We're being treated this Boxing Day. Of course, these are two teams in very different situations - Norwich sitting 19th in the table, and Villa sitting...oh, 18th. Right. That explains a lot.

Neither team can defend especially well, but one team has Teemu Pukki and the other is without John McGinn, who's out for a few months with a broken ankle. Will that make a difference? At this point in the calendar, at that level of the table, it's a coin-toss. 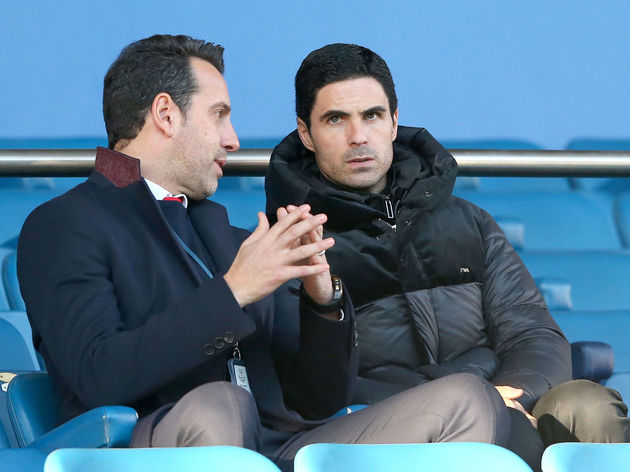 On the face of it, this is a decent opportunity for Mikel Arteta to maximise the 'new manager bounce' and pick up three points against an inconsistent Bournemouth side.

However, when you factor in ​Arsenal's poor form and the fact they have a tendency to struggle at the Vitality Stadium - losing and drawing two of their last three visits - it could be an intriguing affair.

With wins over Chelsea and Manchester United already this season, Bournemouth have shown they can mix it with the big boys. Expect the Gunners to struggle - again. ​Chelsea have been in bizarre form of late, slipping to three poor defeats against sides wallowing towards the foot of the Premier League table when they could have had fourth place locked down by now. Even more intriguing has been their inability to perform at home.

Sure, they're coming into this match off the back of an excellent win away at Spurs, but who knows which iteration of Lampard's Blues will show up this time?

The hope will be that with a quick turnaround between games they will have the momentum to beat a resurgent Saints side at Stamford Bridge, but expect the visitors to cause them problems. 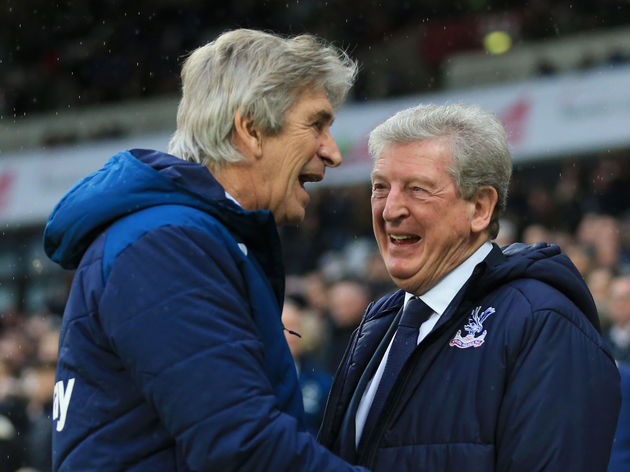 Roy Hodgson has taken charge of a Premier League game on Boxing Day five times, and is yet to oversee a victory.

Why? Because every game he’s been involved in has finished all square. A quite remarkable record that, no doubt, will be extended further against a West Ham side who always seem to have eaten too much turkey to grind out victories of their own. 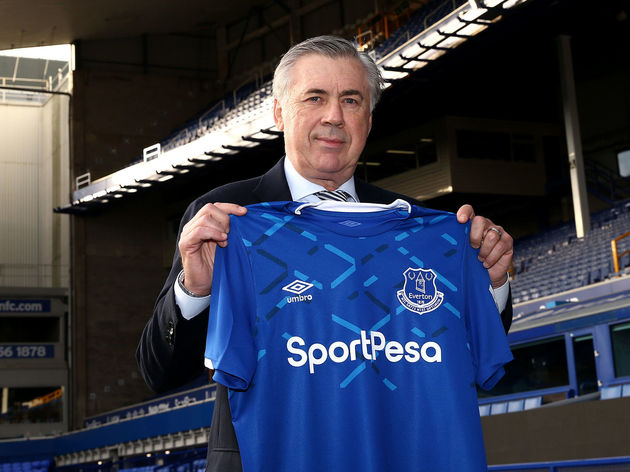 Everton’s bizarre, topsy-turvy season has just taken one hell of a mighty swing with the appointment of Carlo Ancelotti as manager.

While he may appear to be a grumpy sod, there’s no doubting that Carlo is a winner - he has managed some of the biggest clubs in the world over the last 20 years, after all.

He may have to adjust his mindset somewhat on Merseyside, with his first headache likely to be which five midfielders and wingers to pick from the 26,133 on Everton’s books. But against Burnley, who are either brilliant or bloody awful, he may well get him a dream start, backed by a raucous Goodison crowd. 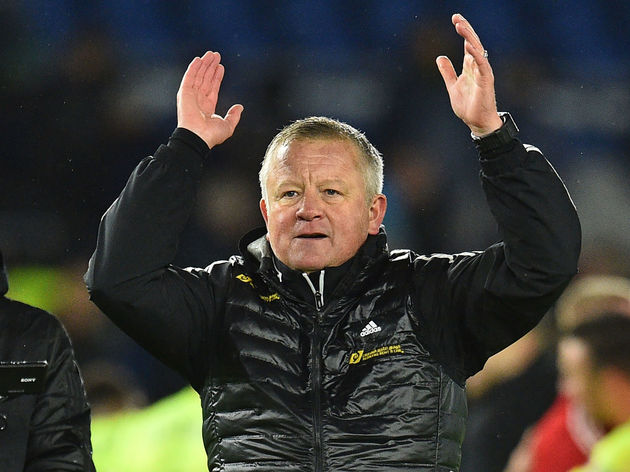 Everyone's feeling the love for Sheffield United at the moment, especially if you're someone who has stuck two of their defenders into your Fantasy Premier League team and is reaping the rewards.

They've had little problem seeing off teams of similar quality to themselves, which has made all the difference in taking the Blades up to fifth in the table. They're only 12 points away from the magical 40. Talk about a lovely Christmas present for Chris Wilder, eh?

They do, however, face a reasonably tough task on Boxing Day in the form of Watford, who have looked a lot more organised since Nigel Pearson took over. The Hornets won plenty of admirers for their battling display at Liverpool, while the win against Manchester United showed they can be clinical when needed, even if they were handed the victory on a plate by the Red Devils.

Nevertheless, Sheffield United should get that big important W. 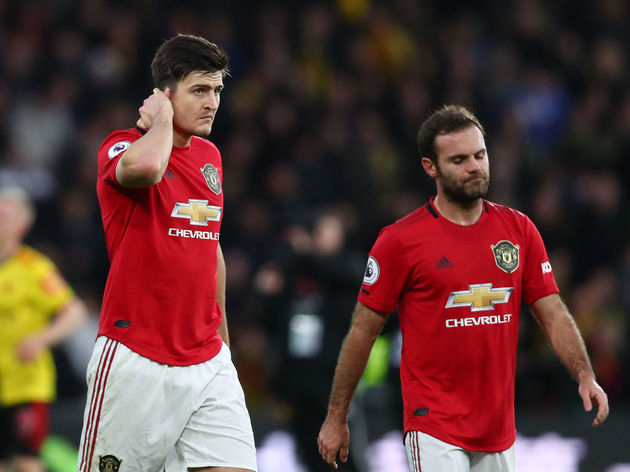 How has it got to this, Newcastle? How has it got to the point that you're going on the road to a ​Manchester United team that could be beaten by an 18th Century king with gout, and only one – one! – member of our editorial team has you down to avoid defeat? Leicester's loss at Manchester City showed that while they're better than most sides in the Premier League, they've still got some way to go in order to catch the big two (it's a big two now).

Sorry for condemning you to back-to-back defeats, Brendan Rodgers. Let’s be honest, the Premier League title is beyond ​Manchester City now, isn’t it?

Liverpool are miles clear, look absolutely unbeatable and have a wonderful knack of winning, even when they are not at their best.

City have been below par on a number of occasions, too, but unfortunately for Pep and the boys, results haven’t gone their way. A must-win game at Wolves is probably the last thing they need, particularly with lashings of roast potatoes, honey roast carrots and sprouts still working its way through the digestive system.

That’s because the home side are good - very good in fact - and will be raring to go in front of their home fans. Most would fancy City to get the job done, but Nuno and I have other ideas...