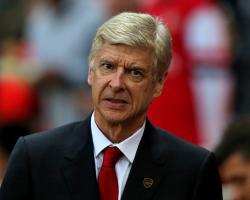 FA chairman Greg Dyke's England Commission has outlined a series of recommendations to reduce the number of overseas players by up to 50 per cent, including banning clubs sending such players out on loan, preventing Football League clubs from signing them and making the appeals process much tougher

The proposals on non-EU players would also mean only players from the top 50-ranked countries in the world could be signed unless the transfer fee is more than a fixed figure, either Â£10million or Â£15million

Arsenal boss Wenger, so often criticised for the number of non-British players in his squad - which now includes several English internationals such as Jack Wilshere, Theo Walcott, Alex Oxlade-Chamberlain and Calum Chambers, acknowledged the problem, but hopes the proposed solution would target the right outcome

"I read what he (Greg Dyke) said and honestly I am for the competition worldwide, but he has a point that it is difficult to get non-EU players in the youth system and then to loan them out

That's where he has a point," said Wenger

"You want the best players in the world to be here, but if you go for them you cannot take them and loan them out somewhere else

Maybe he has a point there

"Do they take room in the education of the young English players? I don't think so

"What is for sure is you do not want artificial protection of the mediocrity and that's where you have to be very careful because this is a job where we're very well paid, therefore you want top, top quality

England is on its way but there is still a job to do."

The FA is set to hold talks with all stakeholders, with the Commission intending to make further announcements in October on plans to improve grassroots facilities and coaches