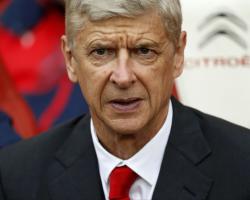 Chelsea manager Mourinho has suggested totting up Arsenal's spending in the last two years leads to a "surprise", resuming his sparring with Gunners boss Wenger.

Mourinho has labelled Arsenal as genuine contenders for this year's Premier League title, before the two teams clash in the Community Shield on Sunday.

Wenger responded by insisting Arsenal spend within their means, and will not fret too much about outside opinions.

"We spend when we think we have to spend and do not listen too much to what people think or say," said Wenger.

"We just try to make the right decisions

When we have the money available, we spend it

When we don't have the money, we don't spend the money we haven't got."

Arsenal have spent almost ÃÂ£150million since the summer of 2013, breaking their transfer record for Mesut Ozil and signing Petr Cech from Chelsea last month.

Chelsea's own investment in that time amounts to almost ÃÂ£235million.

Mourinho dropped heavy hints in his comments that Arsenal are title contenders simply because of their two-year spending spree.

Wenger threw out that notion, however, claiming Arsenal still lead the way on producing home-grown talent.

"I believe that one day if you make real statistics of the players we have developed here and compare them to the other clubs, you will be surprised," said Wenger.

"I think what you want is not to listen too much to what people say, because sometimes in the same week I get two different reproaches: one I don't spend enough and one too much

"I believe if you want to create success, which we want desperately, is to focus on inside and try to do as well as we can, believe in the football we want to play, play it as well as we can and let other people talk."

Wenger refused to rule out further signings before the start of the new Premier League campaign - but scotched suggestions Calum Chambers could return to former club Southampton on loan.

Not at the moment," Wenger said.

He will get games here."

Wenger must hatch a plan to stop Eden Hazard this weekend, fresh from Mourinho branding the Belgian playmaker as better than Cristiano Ronaldo on last season's evidence.

Admitting Arsenal were "a few millions" away from signing Hazard when he joined Chelsea in 2012, Wenger believes the 24-year-old still trails behind the likes of Ronaldo and Lionel Messi.

"Hazard is in this category: now to reach the other two or three that are dominating world football at the moment I think it demands consistency which he is still to do.

"It is all about opinions, you have to compare the numbers

I must say players like Messi and Ronaldo still score 50 goals and that is exceptional."

Former Chelsea stalwart Cech will face his old club for the first time this weekend at Wembley, with Wenger backing the 33-year-old shot-stopper to add steel to Arsenal's defence.

"He can improve the level of communication at the back and bring his experience to the defenders and bring a calmness to defenders in some heated situations into our team," said Wenger.

It is important you are calm.

"From his experience, he will still improve.

"He's at the stage of his career, between 33 and 37, where a goalkeeper can be at his peak and he has the desire.

"As long as you have the right attitude, you can always improve in life.

"I don't think it's down to different training methods, it's just down to him to keep at the top physically and with his experience he will always improve."