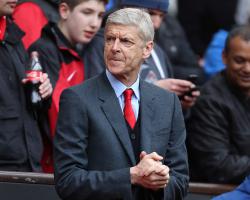 UEFA president Michel Platini confirmed on Monday that the FFP rules would be eased - and it is understood that the changes will allow more money to be invested into clubs by wealthy owners.

Arsenal manager Wenger claimed UEFA's FFP rules have not really worked - and insisted the changes will not affect the Gunners.

Wenger said: "I believe the television contract in England has pushed some other clubs in Europe to want this to be a bit more flexible for them so they can compete better with investors investing in their clubs.

The pressure came more from the other European clubs.

It will affect the clubs who have never respected the FFP."

Everything can be challenged by the European Court and that makes it much more difficult for UEFA to have rigid rules applied, because it's always in contradiction with freedom of investment regulated by the European rules."

UEFA's executive committee is expected to ratify changes to the FFP rules at a meeting in Prague on June 29/30.