Wenger in race against time to seal star striker 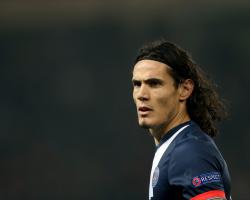 The Frenchman flew into the French capital in a bid to push through the paperwork for the Uruguayan according to reports.

The deal, which is reported to be ÃÂ£43m plus add-ons accounting for a further ÃÂ£2m which pushes the bid to ÃÂ£45m

The 28-year-old will soon be 29 and this is understood to be a matter of concern for the club who are understandably uncomfortable with signing a player of his age for such a high price.

The Daily Star feel that the deal is done and yesterday announced that Cavani would be moving from Paris to London after Arsenal failed in their bid to lure their No.1 choice Benzema who kicked any possibility of a move into touch last week

The account, although not verified represents the interests of such football notables as Falcao, Mourninho, Di Maria and Jorge Mendes.

The Gunners have done a couple of late pieces of business over the past two years with Ozil and Welbeck so a third year in a row should be no surprise.