Wenger- Mind made up over future 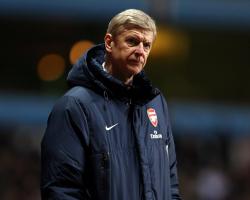 The 64-year-old's current deal expires at the end of the season, and talks have been going on for some time to tie up the long-term future of the French coach.

Wenger was again pressed on those contract negotiations at Friday's press conference ahead of the visit of Fulham, and whether there was any time frame at which a firm conclusion had to be reached one way or another.

"There is always a point where you have to decide, of course," Wenger said.

When asked if that meant he had already made his decision, Wenger replied: "You can take of that sentence the way you want it."

Arsenal are also looking to secure new deals for defender Per Mertesacker and full-back Bacary Sagna, the France international who is out of contract in the summer.

Wenger said: "We are making good progress and hopefully we can announce something soon."