Wenger on alert as young German wants out 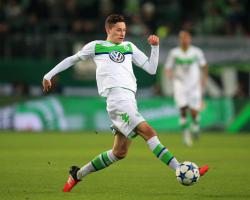 It all seems to be happening for Arsenal and Wenger this window with very public transfer failures, strong links with players that fans have never heard of and a real sense from supporters that they feared being left behind this season

This week the news must seem more promising with strong links with the likes of Riyad Mahrez and now Julian Draxler emerging as another potential target.

The player asked for a transfer immediately after EURO 2016 and appears unhappy by the response of the club who have moved to block his transfer, stating the player is happy where he is

"Before you go public like that, you really should speak with me first," Draxler said.

"The situation with me is that I made it clear to (coach) Dieter Hecking after we were knocked out of Euro 2016 in the semi-final that I would like to leave Wolfsburg. "The coach has known about this for three weeks.

I would have expected things to be different, for example for one of them to come to me and ask me how things are with me."

Draxler turned down the chance to join Juventus last summer after being given assurances by the Wolves that he would be allowed to leave were a big club to come in for him. "When I joined, I was assured - verbally - that I could leave the club whenever the opportunity arose," Draxler said.

"Both Hecking and (sporting director) Klaus Allofs said this

It was clear that Wolfsburg had good prospects, but also that they were a springboard for me. "It was always clear to everybody that I would like to join a top club in Europe, if I were to get the chance."

Arsenal were linked with a move for the player in the past and remain in pole position according to the Daily Star.

The 22-year-old moved from Schalke 04 to Wolfsburg in 2015 on a five-year deal for an undisclosed fee where he has made 23 league appearances, scoring six goals for the Bundesliga side