Wenger on the ropes after German humiliation 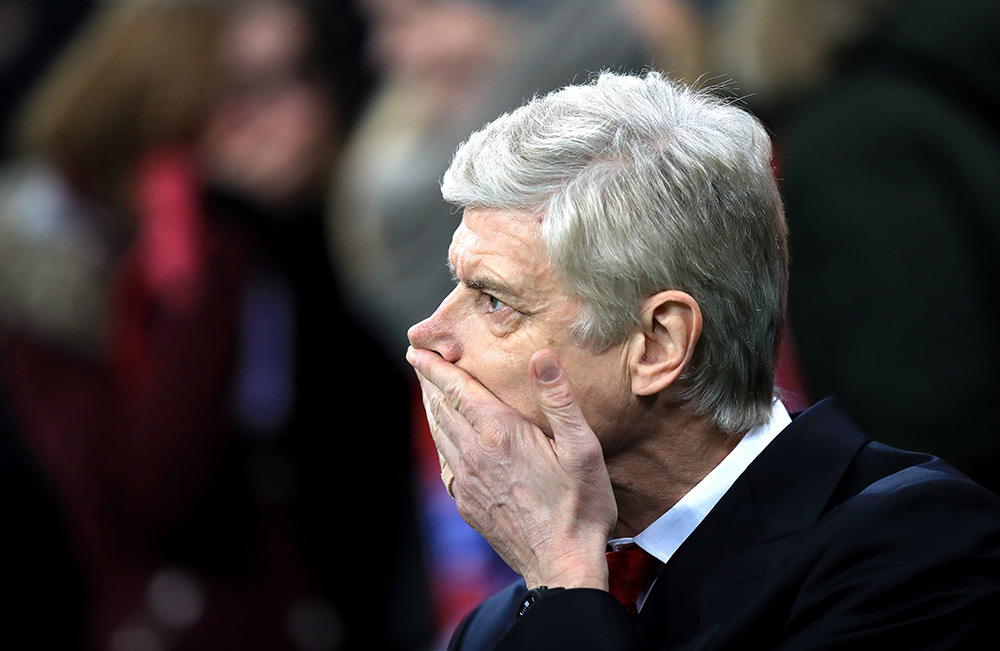 Arsene Wenger is a man under pressure following the Bayern thrashing... He should go.

The usual old lines were churned out tonight as once again we cling on to the FA Cup as our only chance of silverware. It'll take a miracle for us to turn this one round, and another miracle to overhaul Chelsea in the league.

After tonight's debacle, he had this to say:

"It is difficult to explain. I felt we had two good chances to score just before half time. I felt we were unlucky for the second goal the referee gave a corner for us at first. Then we concede the second goal and then the most important was that we lost Koscielny. We collapsed.

Frankly a large percentage of the fans are fed up of this - How much pressure will they bring to bear, and will the club take a blind bit of notice?