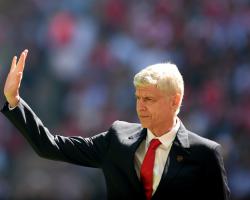 The Daily Mirror is reporting that Arsenal boss ARSENE WENGER has rejected a ÃÂ£30million a year deal to move to China.

The Mirror also reports that ZLATAN IBRAHIMOVIC is ready to quit Manchester United after just a year to ensure he plays Champions League football next season.

The Sun writes that Juventus could be willing to part with Italy defender LEONARDO BONUCCI amid interest from Chelsea.

The Daily Mail reports that Arsenal and Chelsea are keeping tabs on 19-year-old Nigerian starlet HENRY ONYEKURU, who is currently playing in Belgium for Eupen.

And finally, the Daily Mail also reports that West Ham claim they have turned down offers from China for striker ANDY CARROLL.