Wenger to splash the cash on Bayern outcast Mario Gotze 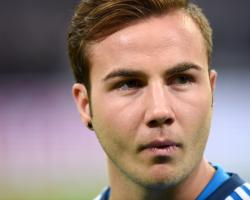 United it seems have been told to offer Angel di Maria or cash for the player and given the huge difference in valuations a swap is pretty unlikely.

Gotze is a versatile midfielder who is capable of playing on either wing and possesses a rare mix of speed, technique and play-making capabilities

The young star joined Bayern on a free from Borussia Dortmund in 2013 and is valued at ÃÂ£30million.

Gotze has made 90 appearances for Bayern since joining in 2013, scoring 30 goals in all competitions.

Arsenal will face competition for the talented youngsterÃâs signature and ÃÂ£30million could represent good value.