Here's a look at when and where you can watch them in action...

*Dates and times all GMT; channel/live streams available in UK ​Arsenal's marauding left back has become one of Bosnia and Herzegovina's key players over the last few years and has proved to be a versatile addition to Unai Emery's squad this season since joining on a free transfer.

​Kolasinac missed his nation's successful UEFA Nations League campaign through injury, where they earned promotion to League A, but returns to the squad to face Armenia and Greece in the Euro 2020 qualifiers this week. Sokratis will come up against teammate Kolasinac next Tuesday, but not before a trip to Group J minnows Liechtenstein on Saturday. Despite not featuring for Unai Emery since the end of February and missing the Nations League fixtures, Lichtsteiner remains an experienced member of the Swiss camp and has been called up to face Georgia and Denmark.

Xhaka has replaced his Gunners teammate as captain of the national team and will likely earn his 76th cap in Tblisi on Saturday. 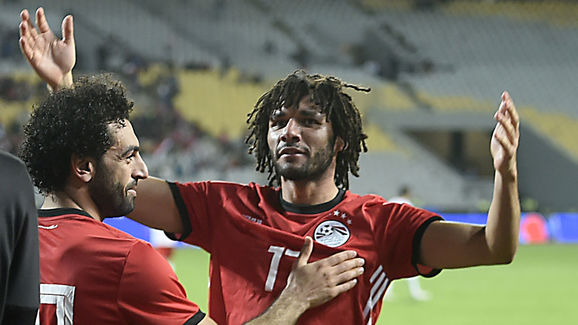 Elneny is a key player for his country but has only made 11 Arsenal appearances this season, as he struggles to displace young talent Matteo Guendouzi in Emery's plans.

Egypt have already qualified for the 2019 Africa Cup of Nations (AFCON) but the Pharaoh's will be hoping to end their campaign with another win against Niger on Saturday, before a friendly against Nigeria on Tuesday. 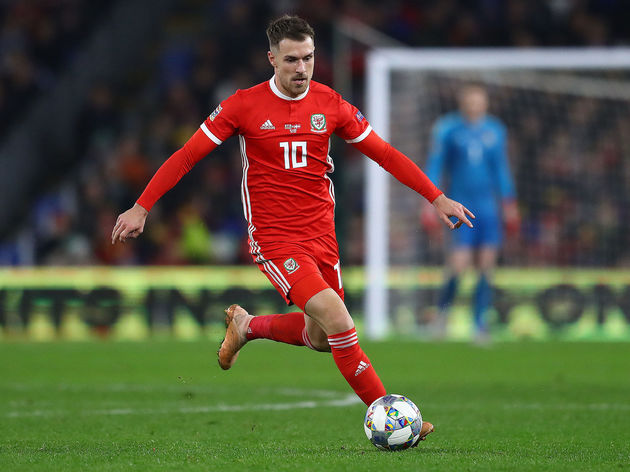 ​Ramsey's future at club level has been the main talking point around the midfielder this season, but his commitment to Arsenal cannot be questioned as he prepares for a lucrative move to ​Juventus in the summer.

The Welshman is one of Ryan Giggs' most important players and Ramsey will miss Wednesday's friendly with Trinidad and Tobago, but is expected to be fit for Wales' Euro 2020 Group E opener away to Slovakia on Sunday. ​Mkhitaryan will come up against teammates Kolasinac and Sokratis in Armenia's Euro 2020 qualification group, with the match against Bosnia and Herzegovina taking place during this round of fixtures.

Arsenal's number seven is the national team captain and has an impressive record at international level, with 26 goals and 23 assists in 77 games. Like Elneny's Egypt, Nigeria and ​Iwobi have already qualified for AFCON but the Super Eagles have one game remaining against Seychelles on Friday.

The Arsenal pair could face each other in Nigeria's friendly with Egypt next week. There was confusion whether ​Aubameyang would join up with his national team this week as the Arsenal marksman considers retiring from international football, but it has confirmed that he will feature for Gabon this weekend.

Aubameyang has only featured in two of Gabon's previous five matches after being absent for games against South Sudan and Mali. Saturday's match against Burundi could well be his last game for his country.