Same old, same old. Away from home, decidedly lacklustre, and as unstable at the back as ever. Weren't these type of performances supposed to have disappeared with Arsene Wenger?

Such is the social media age we live in, and the rise of that YouTube channel that must not be named, the doomsday believers are well and truly out in force. Sack Emery. Get rid of them all. Yes, losing to BATE Borisov is embarrassing. But it's high time Gunners fans keep a level-head and assess the situation objectively. The north London side will remain as heavy favourites to overturn their first-leg shock at the Emirates Stadium, where the pitch will resemble the smooth snooker table pitch they so cherish, rather than the unkempt forest floor at the Borisov Arena.

And perhaps more importantly in the grand scheme of things, ​Arsenal's Spanish boss was appointed just last May, and is not even a full year into his plans. It would be ridiculous to tear up Emery's proposed vision so early into his tenure, and with just one transfer window where he's been allowed to spend some actual money on players.

Pep spent 300 million to get his side playing his way.

Klopp spent 400 million getting his side to play his way.

Emery not backed in January, 1 point off top 4, 22 games unbeaten.

Loses first leg 1-0 away from home.

Not backed in January

What perhaps worried fans most on Thursday night was the seemingly apparent lack of game plan. Left-back Sead Kolasinac has become far too relied upon to be the Gunners' chief creator with his marauding runs and overlaps, and when BATE closed off the space to the Bosnian particularly in the second half, the men in red ran out of ideas.

With ​Mesut Ozil and Aaron Ramsey, the club's most gifted technicians left at home, Emery opened himself up to deserved criticism when his side could only draw a blank in front of goal. 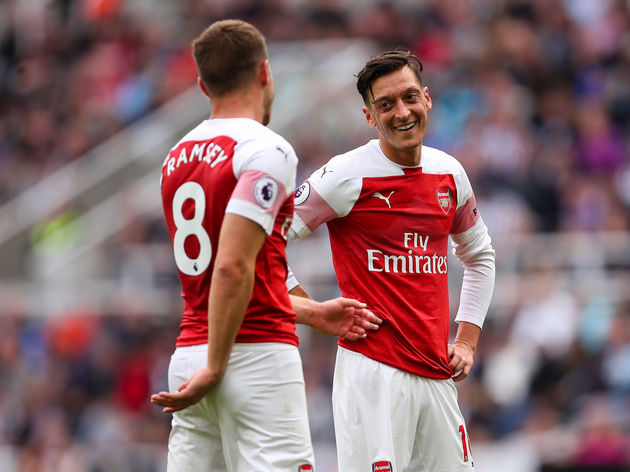 But even in that decision to leave the creative duo back in north London, Emery has put his foot down and shown his managerial intent. A strong mind to mould the team in his vision, and a willingness to embrace the teething consequences that come with trying to change things too fast.

​Ramsey's departure to Juventus was confirmed earlier this week, whilst teammate Ozil has arguably never been further from Emery plan's than now. So, rather than include the two now and perhaps pick up 'hollow victories', the Spaniard is intent on ensuring the side adapts, grows and more importantly readies itself for their impending exits.

Not the result we wanted, but we still can do it in the 2nd leg and reach the next round! Let's bounce back at the Emirates especially for our fans ⚽ #COYG ⚪ #M1Ö #BATARS #UEL @Arsenal

The performances at home to ​Premier League rivals and fellow members of the 'big six', Liverpool, Tottenham and Chelsea earlier in the season are undeniably the blueprint. High intensity, off-the-ball pressing, and a rarely seen never-say-die attitude. For Arsenal fans questioning Emery's abilities and worth, then they should look no further than that.

Those principles have to Emery's disappointment been too far and in between for his liking, but those games and the excellent results that they got from it was vindication for the Spaniard's methods. 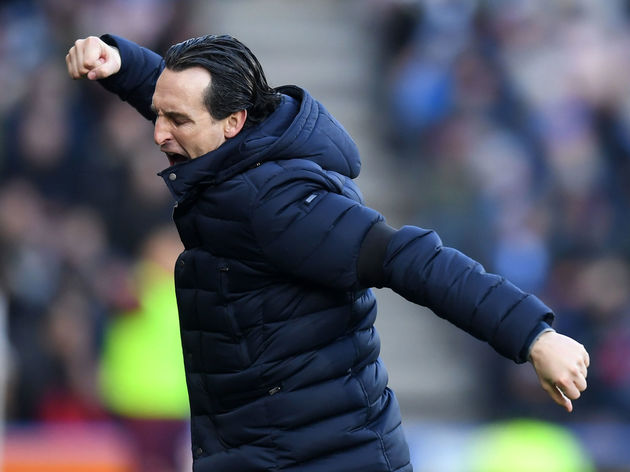 Many thought Manchester United's defeat to Paris Saint-Germain in the Champions League in midweek was a 'reality check' for the Old Trafford side. On Thursday night, Arsenal experienced the same thing and perhaps made people realise the incredibly difficult job Emery has on his hands.

But if there's a manager on the continent who has shown in his years of management that he can get teams punching above their weight, then look no further than the former Valencia and Sevilla boss.

Emery may not have been the glamorous name or man that Arsenal fans wanted last summer, but given his longer-term thinking and willingness to create a new identity at the club, he may well be the man the Gunners need.​ All he needs is a bit of patience.