With Unai Emery publicly declaring a lack of transfer funding lack, Arsenal's top four hopes have been cast into doubt. After spending over £60m in the summer, Emery has revealed that the Gunners will be unable to make any permanent signings during this winter window, with loan signings being the only means through which the club can bring some fresh faces to the Emirates Stadium.

Where does this leave Arsenal in the running for the Champions League spots, then? Arsenal are well in contention to make the top four come May, although Saturday's defeat to West Ham has left them six points behind local rivals Chelsea - who currently occupy the fourth and final Champions League spot. 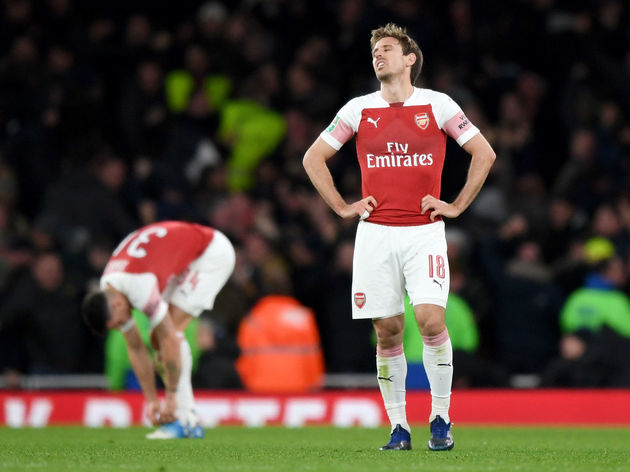 However, in recent years, it has been January dealings that have pushed Arsenal on in the second half of the season. Although they have missed out on Champions League football in consecutive years, their involvement in the January window, more often that not, improves the makeup of the squad.

Last year it was the arrival of ​Pierre-Emerick Aubameyang for a reported £56m that revived a drab Arsenal frontline, and ever since the 29-year-old has frequently found himself amongst the goals - scoring 26 times in 40 appearances for the club.

Andrey Arshavin, Jose Antonio Reyes and Alexis Sanchez are just three more big names who have made the switch to the Emirates during the winter window, but that list is now unlikely to grow any more this year, in light of Emery's recent announcement. If Arsenal fans were not perturbed by the potentially detrimental impact the new transfer policy could have on their season, they may be even more unsettled by the unforeseen lack of funding.

When you couple this with their nonsensical handling of transfers and finances, it is no wonder Arsenal find themselves short of funding this month. Even though many Arsenal fans remain highly critical of ​Mesut Ozil, who has not always been first choice this term, he remains far and away their most expensive asset, raking in £350,000 every week before tax.

As alarming, perhaps, is the club's negligent handling of the ​Aaron Ramsey saga. In Ramsey they have a player who can change the course of any game like very few others within the Arsenal squad are able to.

In the summer, the club looked set to announce a new long-term contract for the Welshman, with the deal said to be in place, until ​Arsenal pulled the plug at the last minute, with no explanation as to why, leaving Ramsey free to run down his contract and leave in the summer of 2019. Not only would one imagine their current longest serving player deserves more respect, but fundamentally, letting a talent such as Ramsey leave on a free reeks of awful business.

So, all of that leaves Unai Emery with very little wiggle room to improve his squad in the typically inflated mid-season market.

Ultimately, Arsenal remain in a reasonably strong position to push for their first Champions League berth since 2016, but it seems as though they will have to do so with no permanent improvements to the squad. This isn't to say it can't be done, however, with Arsene Wenger the perfect advocate for maintaining success on a shoe-string budget. But, with the four teams above them looking even stronger than they were last term, barring maybe the unprecedented centurions of Man City, Unai Emery will have it all to do in the second half of the campaign if he is to lead this prestigious club back to the peak of European football.