Saturday’s 1-0 defeat to West Ham came as something of a shock to the system for the club, as a lethargic Gunners side fell to their latest setback at the London Stadium.

Meanwhile, Unai Emery’s revelation that the Gunners would only be able to make loan signings in January due to a lack of finances for permanent signings drew a considerable uproar from ​Arsenal fans – primarily directed at the club’s owner, Stan Kroenke.

“We need to continue to work together, then the results will come.”

An afternoon to forget, but as always we’re grateful for your support  pic.twitter.com/VeMT9AVK5U

The demand for new signings was only increased by Saturday’s defeat.

However, the club's only reported move this month has been negotiations with Barcelona over the loan signing of Denis Suarez.

On Saturday’s evidence, the temporary signing of the Spanish champions’ outcast midfielder is unlikely to solve many of the Gunners’ current issues, if any.

Other players such as former ​Atletico Madrid winger ​Yannick-Ferreira Carrasco have also been linked with a temporary switch to the Emirates, as Emery and the club’s hierarchy seek short-term fixes to fill positions in which the Gunners have lacked depth this season.

With such players unlikely to be signed on permanent deals, neither this month nor in the summer, such moves are unlikely to provide the answers Arsenal are looking for. Emery’s rebuilding job at the Emirates in very much a long-term project, generally referred to as a ‘process’ by the Spaniard, and such stop-gap measures do not seem to fit with the plan.

With both Suarez and Carrasco likely to command high wages and provide little more than temporary measures, Arsenal should not reflect the reactionary scramble of their fans to poor results in their transfer business.

The club set to receive an increased transfer budget in the summer through new sponsorship deals with Emirates and Adidas, meaning that the long-term targets that Arsenal are unable to acquire this month will be financially within reach in a matter of months.

Committing further damage to an already inflated wage bill for the sake of short-term fixes in January makes little sense.

Reported moves for Suarez and Carrasco suggest that the Gunners are prioritising the signing of a winger, as was recently confirmed by Emery, along with a central defender.

However, on a closer look into the current Arsenal setup, the solutions to those problem positions are already within the Gunners’ ranks.

During Arsenal’s 0-3 recent win over Blackpool in the FA Cup, Emery fielded six players that are products of the club’s youth academy. At 22, ​Alex Iwobi was the eldest of those home-grown stars to feature, whilst Eddie Nketiah, 19, has become a regular in the senior squad of late. 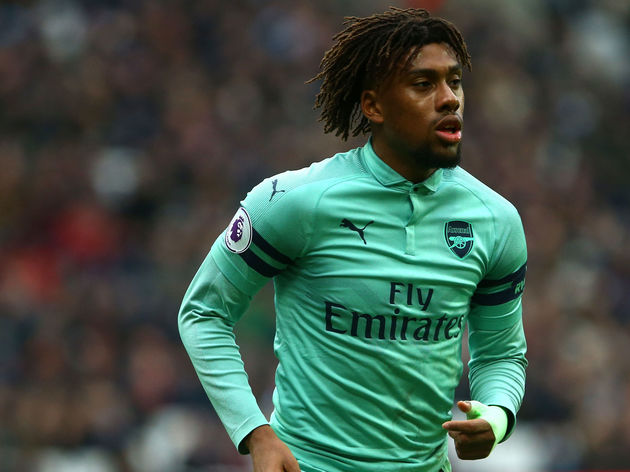 The likes of 17-year-old winger Bukayo Saka, meanwhile, continued to make waves in the Gunners’ first team during that game, whilst 18-year-old defender Zech Medley was handed his third senior appearance for the Gunners and Joe Willock, 19, stole the show.

Add to those appearances the continued consistency of Ainsley Maitland-Niles, 21, and the return to fitness for 18-year-old Emile Smith Rowe to earn a place on the bench, Arsenal clearly have a plethora of young stars, bustling with talent and waiting to make a mark for their club.

Whilst the likes of Suarez and Carrasco would require a period of adaptation to the Premier League, albeit Suarez had a brief previous spell with Manchester City, the promising crop of Arsenal youngsters have been bred on the club’s style, strategies and ideals.

Hope Stan Kroenke got up early to watch that largely lifeless performance from #afc. Arsenal’s owner is letting Unai Emery and the fans down by not investing properly in the team. Loans not enough. #WHUARS

By the time the likes of Suarez could adapt to the club and to the country’s cultural demands, their loan spells at the Emirates would only have a matter of months to run.

Both Suarez and Carrasco would each look to complete a move to north London in a bid to reignite their stalled careers at the age of 25, whilst the likes of Nketiah and Medley are looking to commence what are likely to be long-term stays with the club that raised them.

Iwobi and Maitland-Niles have each set the benchmark for what can be achieved at their young ages of just 22 and 21 respectively, with the more youthful academy stars following in their footsteps.

Maitland-Niles has started in each of Arsenal’s last four matches in all competitions, and already has 24 Premier League career appearances in total under his belt for the Gunners. The versatile star also ​recently stated his love for the club and desire to succeed at the Emirates.

Iwobi, meanwhile, has become an increasingly influential star of Arsenal’s attacking setup under Emery, and has already clocked up 84 appearances in the top flight in a career which is still in the early stages. What’s more, both young stars signed new long-term contracts during the summer, and will only improve with age.

The likes of Nketiah, Smith Rowe and Willock have also followed suit in committing their futures to the club in recent times. Arsenal’s biggest problems on Saturday were a lack of defensive reinforcements to solidify their back line, as well as a lack of natural pace and width in attacking areas to break down West Ham’s defence.

In the likes of Saka and Smith Rowe – not to mention ​Reiss Nelson, who will return to the club in the summer – Arsenal have the answer to their attacking shortages already within their grasp in players that they have produced themselves.

Likewise at the back, Zech Medley is joined by another fine young talent in Konstantinos Mavropanos, 21, with both possessing the necessary physically-imposing frames and the technical capacity to succeed the injured ​Rob Holding. What the Gunners do possess to out-match their top six rivals is a crop of young stars both capable and willing to make a prolonged mark at the club.

In what is a long-term project for Unai Emery, the time to unleash his hidden gems is now.