​A report has revealed how Serge Gnabry was left questioning his future in English football ahead of securing a move away from Arsenal in 2016.

Once touted as the future of Arsenal, Gnabry was eventually sold to Werder Bremen for just £5m in 2016. He has since joined Bayern Munich and thoroughly impressed during Tuesday's 0-0 draw with Liverpool in the Champions League. The look into ​Gnabry's exit from ​Arsenal comes from ​football.london, who note that the German found himself falling out of love with English football in the final years of his Gunners career, after injuries and poor form had hampered his progress.

He made his debut for Arsenal as a 17-year-old in a 6-1 win over Coventry City in September 2012, but quickly found himself struggling with injuries. He struggled to overcome these issues, but hoped to start fresh in the 2013/14 season.

A run in the team ensued, but a knee injury again derailed his career just a few years later, as Gnabry missed a huge part of the 2014/15 campaign. As he eventually recovered from this ailment, Arsenal opted to send Gnabry on loan to ​West Bromwich Albion in an attempt to give him some much-needed match experience. However, then-manager Tony Pulis quickly decided that Gnabry was simply not good enough for the ​Premier League, and he saw just 12 minutes of league action before Arsenal acted to terminate the deal.

It was this failed move which proved to be the final straw for Gnabry. He wanted to leave English football and rejected a contract offer from Arsenal as he looked to force an exit from the club, before Bremen swooped to secure a cut-price deal for the youngster. 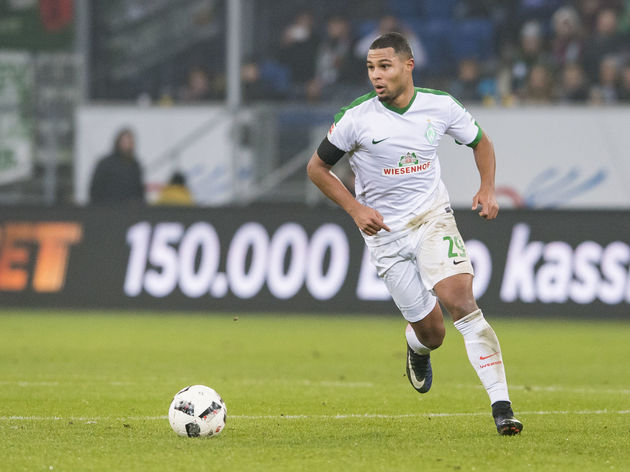 Soon after leaving the club, Gnabry said: "It was the right decision [to leave Arsenal]. Everybody who compares my development over the last four months to my time in England before that can't come to a different conclusion.

"That was the main reason for the transfer - I wanted to get more playing time and it worked. Arsenal wanted to keep me, badly. But I had to look after my development."